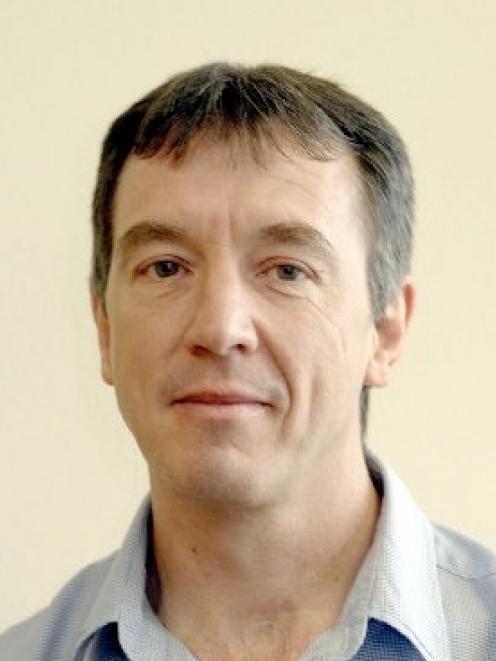 Otago District Health Board chairman Richard Thomson said the role would be regarded as one of the top health jobs in the country.

The chairmen of both boards say the appointment enhances the strong commitment to regional collaboration over services, but neither is suggesting the boards should amalgamate.

Mr Rousseau's salary has not been settled, but last financial year his pay increased to between $430,000 and $440,000 after he became the interim Southland chief executive following the departure of Dr Nigel Murray a year ago.

Mr Thomson, who has sometimes described the relationship in courtship terms, joked that the organisations were "definitely shacked up, probably sleeping together, but don't tell anyone . . . we're sharing the same wife/husband."

The appointment did not change anything fundamentally for the boards, but would make it easier to further develop a regional focus on services.

"As Brian would say, it's difficult to argue with yourself when you're the CEO of both boards."

The boards have two services in common, Southern Blood and Cancer and cardiac surgery, and several senior management staff work across both organisations.

Mr Thomson was reluctant to identify which service or services might be next to go regional.

A concept paper on regional clinical services was considered in closed session by the Otago board this week.

It is yet to be considered by the Southland board.

Southland chairman Dennis Cairns said the boards faced the problem of catering for populations spread over a large area.

The average number of health service users over the country per square kilometre was 13.1, compared with 5.6 in Otago and 2.8 in Southland.

In an area such as Counties Manukau there could be one hospital catering for 250,000 people, but in Otago and Southland there were seven hospitals.

He was happy the complex appointment process had reached fruition.

Because the appointment was a first, it had required diligent consideration of many issues.

Mr Rousseau said one of his first tasks would be to assess the executive structure in consultation with management of both boards.

He aimed for any possible changes to be cost neutral.

The key challenges facing the boards was how to ensure financial and clinical sustainability.

He was keen to find solutions which meant "we don't wind up losing services in both Otago and Southland".

Mr Rousseau was aware Otago and Southland's situation was being watched by others in the health sector, but cautioned against thinking solutions found here would necessarily be relevant elsewhere.