Otago graduate to the fore in discovery of new HIV subtype 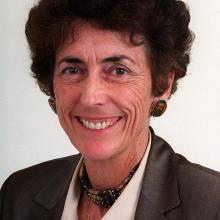 Carole McArthur
Researchers led by University of Otago graduate Carole McArthur were behind the recently announced discovery of a new HIV subtype.

"I feel very fortunate to have been in the right place at the right time," Prof McArthur said yesterday.

This was the first new HIV "Group M" subtype found in almost 20 years and the discovery arose partly from recent advances in next-generation sequencing.

Group M viruses were responsible for the global HIV pandemic, which could be traced back to the Democratic Republic of Congo in sub-Saharan Africa.

"Discovery and progress often requires us to piece together a jigsaw," Prof McArthur said.

"It is a small piece of a big puzzle to understand the evolutionary history of the pandemic of the 20th century.".

The subtype has been carefully studied and described by United States healthcare company Abbott Laboratories, in North Chicago.

Prof McArthur, who works at the University of Missouri at Kansas City (UMKC), said she hoped the discovery "brings positive results" to Congo, to UMKC and Otago University.

She is a professor in the departments of oral and craniofacial sciences at the US university and one of the study authors.

"To end the HIV pandemic, we must continue to out-think this continuously changing virus and use the latest advancements in technology and resources to monitor its evolution," she said.

Prof McArthur set up research and treatment clinics in the 1990s in the Congo and Cameroon, and is director of AfriHealth Partnerships International at the US university.

"I was driven by wanting to do something for HIV patients in the 1990s, when there were no drugs in Africa for HIV and I saw the devastating impact on women and children."

Prof McArthur gained an Otago PhD in 1977, undertook postdoctoral study in the US and gained an MD degree from UMKC in 1991.