Otago supervisors of the year named by OUSA 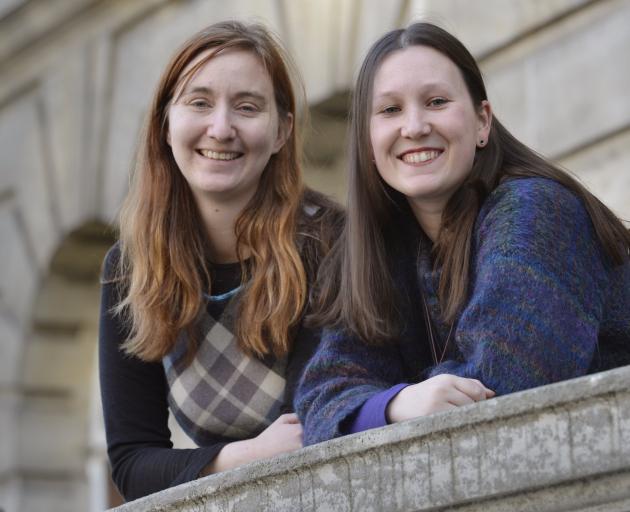 Charlotte King (left) and Susan Wardell have been recognised as the University of Otago's top supervisors this year. Photo: Gerard O'Brien
They work in very different academic fields, but a social anthropologist and an anatomist who have been recognised for their exceptional ability with students have a surprising amount in common.

University of Otago academics Charlotte King and Susan Wardell have been named new supervisor and supervisor of the year respectively by the Otago University Students' Association.

Dr King said it was ''really nice and very flattering'' to be recognised.

Dr Wardell said some of her areas of expertise were religion, death and the rituals around it, and the anthropology of evil.

Both carried out research into weighty themes including death - and made use of the university's anatomy museum in the Lindo Ferguson building.

Dr Wardell said she had already worked on subjects relating to the Christchurch attacks.

Dr King said her work looked at life in the time of the gold rushes, including migration, health and dietary changes in the past.

''I'm doing a whole batch of excavations in Central Otago at the moment.''

She had been involved the excavation at Milton Cemetery in 2016.

A team of archaeologists and anthropologists has been working with the Tokomairiro Project 60 (TP60) Cemetery Research Group to explore a former cemetery at Back Rd, in the vicinity of Milton.

Postgraduate anatomy students ended up working around the world, in the Pacific, Chile and Thailand, she said.

Dr King, who used chemical analysis of human tissues to understand diet and human mobility in the past, said she felt her work was about connecting to people on a human level - not just supervising their academic projects.

''When you spend time in the field together you just chat a lot more.''

Dr Wardell said a lot of the work supervisors ended up doing was care labour, which could ''often [be] quite invisible''.

It tied into her professional practice, which covered looking at care, emotional labour and burnout. She was aware that study was only one part of her students' lives, and said she put an emphasis on ''cups of tea and things like that''.