The University of Otago has apologised after asking its law students an exam question about the ethics of representing a terrorist. 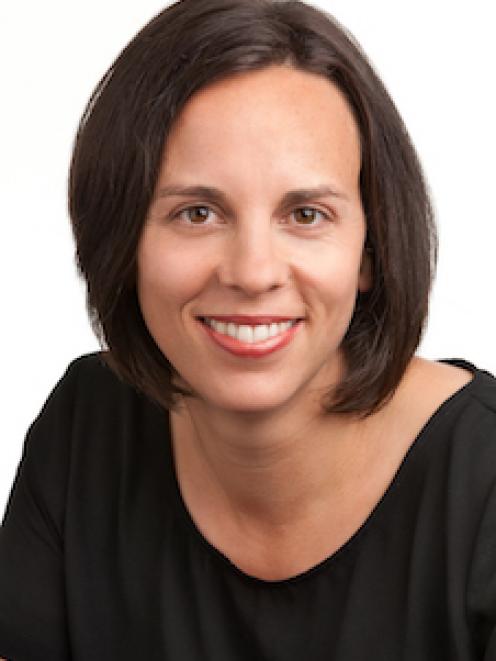 Prof Jessica Palmer. Photo: Otago University
The question led some students to break down and cry during the exam last week after it brought back painful memories of the Christchurch mosque attacks on March 15 in which 51 people were killed.

One of those sitting the exam had a cousin killed in the attacks, a student told the New Zealand Herald.

The question asked whether lawyers should be obliged to represent someone who attacked their place of religion, the Herald understands.

The dean of the university's Faculty of Law, Professor Jessica Palmer, apologised to students in an email the next day.

The Legal Ethics exam included "a hypothetical scenario that had strong similarities to the recent Christchurch tragedy", she said.

"While we endeavour to include real-world scenarios in our courses and examinations, given these recent events Question 41 was clearly inappropriate.

"I acknowledge that some of you will have been upset by the question and that this may have also led to added anxiety during the examination."

Palmer said students "feeling ongoing distress" or who thought their exam performance was affected by the question should contact her to discuss it further.

She also directed students to seek help from support services if needed.

"At this time, we are reminded that how the mosque attacks have affected each of us will differ," she said.

Palmer also sent an apology on behalf of the lecturer who set the exam question.

"My intent was to come up with a situation where the cab rank rule would impose a truly horrific burden on a lawyer, leading to a discussion about good cause and whether the rule should be retained," the examiner said.

"I should have realised that the scenario I presented was likely to cause distress, and I am deeply sorry."

The University of Otago said it's Faculty of Law leadership team had moved quickly to deal with the fallout from the exam question.

The faculty attracted headlines early last year when its camp for second-year law students came under scrutiny amid claims it typically involved excessive drinking, inappropriate behaviour by students and nudity.

An independent review - conducted by David Sims, of Downie Steward Lawyers - released in December 2018 found the law camp had been a "deeply disturbing and unpleasant" experience for some students.

Sims did not find any evidence of criminal behaviour or sexual misconduct but said drunkenness and sexualised behaviour was "commonplace".

A sanitised version of the camp had been planned for this year with strict new rules around nudity and drinking.

The cab rank rule obliges a barrister to accept any work they are available for and competent to do.

The original purpose of the rule was to ensure that unpopular parties could get representation and that barristers were not criticised for acting for them, the NZ Law Society said.

How is any past alleged scandal regarding law camps related to issues about an exam question? This time it’s not ODT but the NZ Herald going through the gutter press rigmarole of ‘Let’s make a big list of re-reporting all past misdeeds to flesh out the new story.’ This is not fair and balanced reporting and arguably unnecessarily defamatory. I’m sure the law faculty has done plenty of good and worthwhile things but these don’t so much make the news. Don’t journalists still have a duty to serve the public interest?
(I’m not even going to get into the issue of the world having to stop and revolve around anyone who cries - it’s utterly ridiculous.)

I can certainly understand why the question was generally inappropriate given the recent events in Christchurch. That said, however, if these law students are getting ongoing distress from being asked to face the realities of defending someone who is alleged to have committed horrific crimes then perhaps criminal law isn't quite the field for them.

The law field just isn't the constant glamorous life that is depicted in so many television shows and movies. As a lawyer, however, they have an obligation to represent their client in the best way legally possible even if they don't personally agree with the actions or beliefs of the client. Particularly in the criminal field these law students will often be in situations where absolutely abhorrent crimes are alleged but they are required to put that aside in the interests of defending their client.

How insensitive was the lecturer who included question 41 into the exam? Its barely been over 3 months since the shootings. Tacky much Otago University.

Clearly the system is broken. We perpetuate failure that is the cause of the failure.