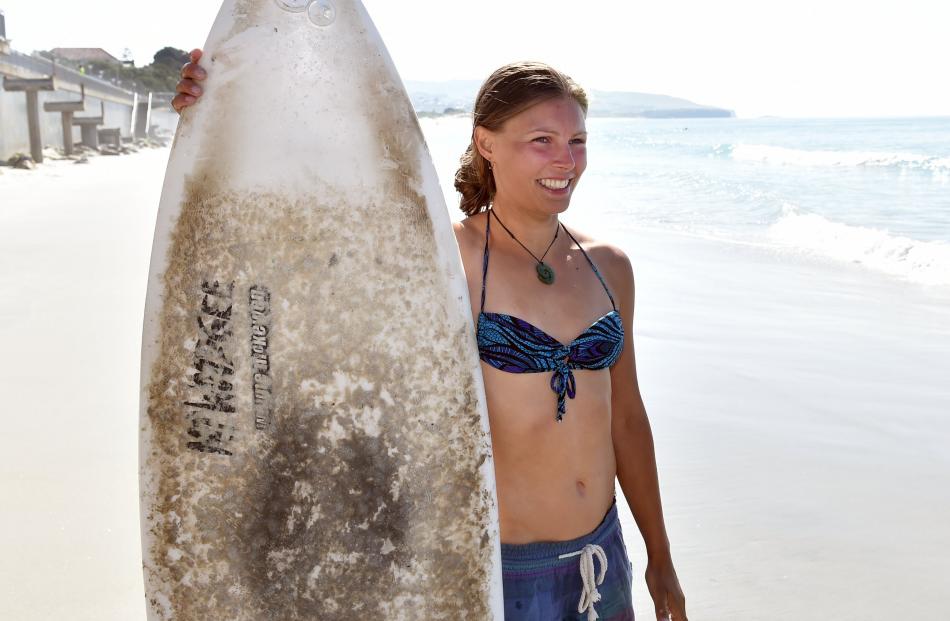 Kamilla Sporsheim, of Norway, was not fazed by the possible threat of a shark reportedly seen at Second Beach the previous night. Photos: Peter McIntosh 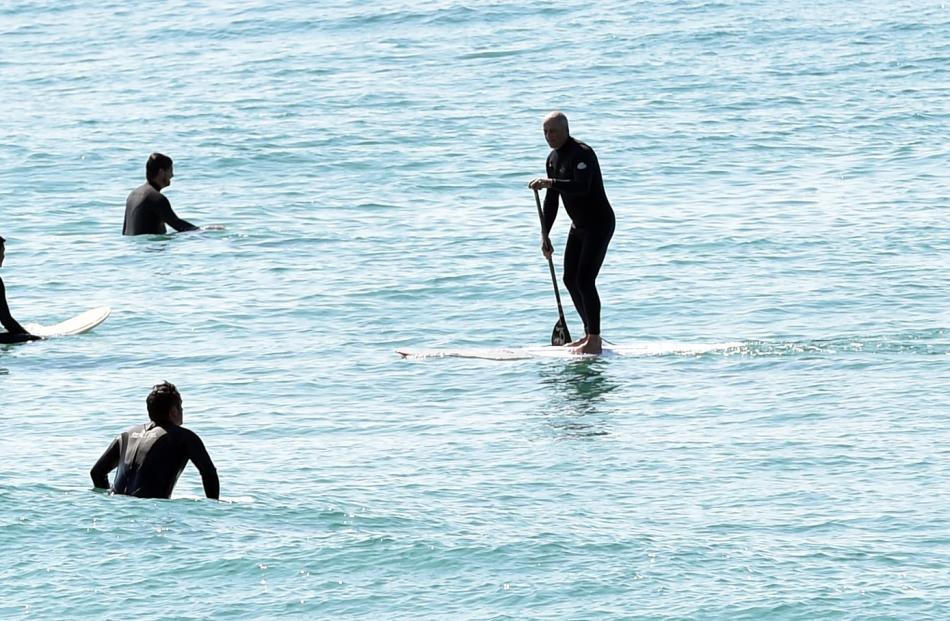 The shark sighting was not enough to stop a group of surfers and paddleboarders from hitting the waves at St Clair yesterday.

The report of a shark sighting on Monday night was not enough for surfers and paddleboarders to waive the idea of going for a splash at St Clair in the hot weather yesterday.

St Clair Surf Life Saving Club members Aidan MacRae and Chris MacDonald were swimming at Second Beach on Monday when they said a shark brushed up against them.

The pair became stranded on some rocks and were rescued by members of the surf club.

Despite the reports of the 2m long predator in the area, surfers and beach-goers were not afraid to dip their toes in the water yesterday.

She had heard there was a shark sighting the night before.

However, she said if it was there it was unlikely to come into the shallows and surfers would be perfectly safe in the water.

''It's more likely to get hit by your own board than bit by a shark.''

She said from her experience that St Clair was one of the safest beaches at which she had surfed.

People knew about the sharks but they just did not care, she said.

Christoph Zimmermann went swimming in the shallows at St Clair and was equally unfazed by the threat of a shark.

He had been told there was a sighting but it did not stop him going in.

Mr Zimmermann did not think the shark would come too close in, if it was out there.