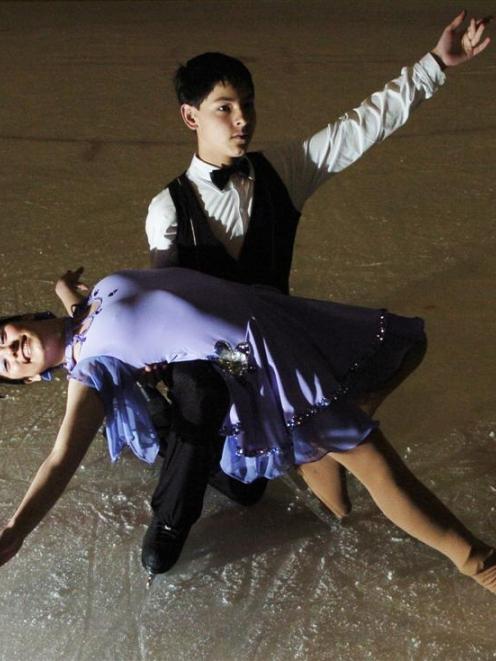 The 13-year-olds are the youngest team ice dancers - essentially ballroom dancing on ice - competing at a national level in New Zealand.

The pair began competing at that level last year, and recently won gold and bronze awards at the New Zealand Ice Skating Nationals 2008 in Gore.

The bronze was won while competing against four other couples aged between 16 and 21.

Their success was the result of 10 to 12 hours of training a week with the help of coach Fanis Shakirzianau, a Russian world and Olympic level coach, whose daughter, Maryna Shakirzianava, does much of the choreography.

Ice dance competition involves compulsory, original and free dances and places emphasis on precision in skating to music with a definite beat or rhythm.

The pair, who recently became New Zealand citizens, were born in Canada and started skating in Toronto when they were 8.

"It's really artistic," Anne-Sophie, a pupil at Columba College, said. The most difficult aspect of the sport was keeping fit, trying to get all the moves accurate and giving a performance, they said.

Being twins was an advantage in a sport which required a good relationship between both dancers, as they got on "really well".

They hope in the future to represent their country in ice dance.