Plans for facility go to ORC 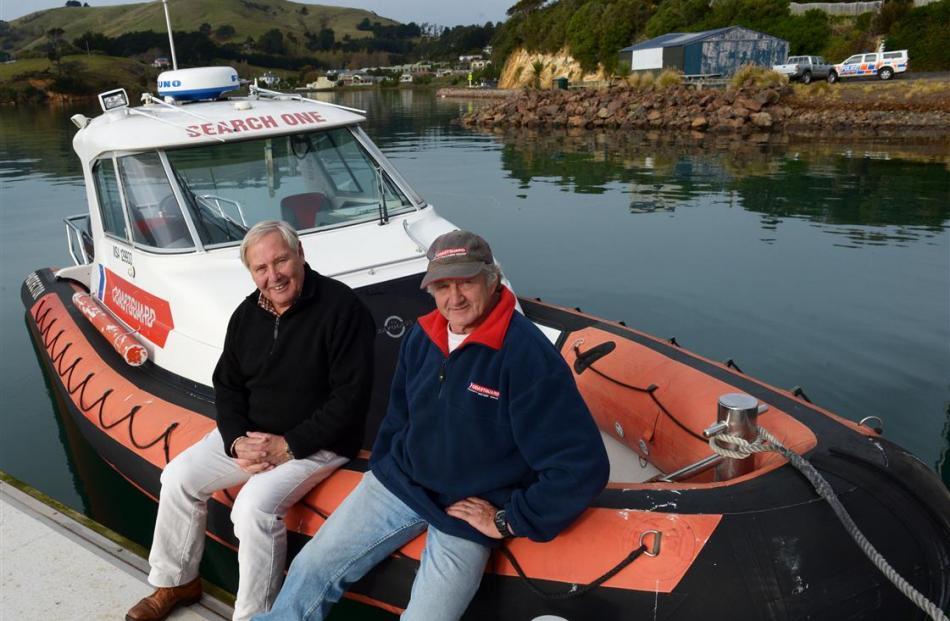 Coastguard Dunedin members Lox Kellas (left) and Bill Dickson are hopeful a new coastguard centre will be built next to the Portobello jetty. Photo by Gerard O'Brien 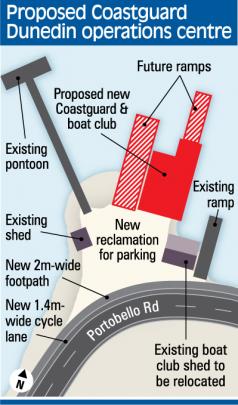 A proposal submission includes plans for a two-storey, $750,000 coastguard operations centre over the water at Portobello and space for a new $1.2million boat.

Phase one has been completed and includes a new jetty. A new boat ramp is to be built. A slipway for the new vessel would be developed in conjunction with construction of the new building, as part of phase two.

Phase three would cover the completion of the building, including space for the boat and room for the Portobello Yacht Club. The top floor would house an operations room, training and seminar room and kitchen-bathroom facilities.

The design has been provided free of charge by Brent Alexander, of The Design Studio.

The submission was presented to the ORC as part of its draft annual plan for 2016-17.

Coastguard Dunedin communications officer and instructor Lox Kellas said by submitting to the ORC, the organisation was signalling its intent and gathering support from authorities.

"It's future-proofing,'' Mr Kellas said of the project first proposed in 2006.

"More and more people go outside the harbour [in boats] these days.

"It's a fairly unforgiving coast here.

"It's another tool in the box for emergency services.''

The centre would be about education and incident prevention, too, he said.

"If we can create an environment of how to avoid these situations, I think we have achieved our goal.''

Coastguard Dunedin would need consent from the ORC to build the slipway.

The new 13m vessel, an upgrade in size and effectiveness from the present one, would be able to respond more quickly to emergencies north to Moeraki and south to Nugget Point.

Powered by a 1000hp engine, it would be capable of carrying 13 people.

Community support was needed to raise some of the money for the building, with work to be started in the next one to two years.

It was hoped most of the funding could be gathered through trusts and community grants, Mr Kellas said.

"For only a small group of volunteers, it's a fairly arduous task.''

ORC chief executive Peter Bodeker said final decisions about submissions were yet to be made.

The ORC tended not to provide funding for submissions such as Coastguard Dunedin's proposal as it was not truly regional, he said.

A consent would be needed for the slipway, Mr Bodeker said.

Coastguard Dunedin, which had about 45 volunteers, put its submission to the Dunedin City Council last year.