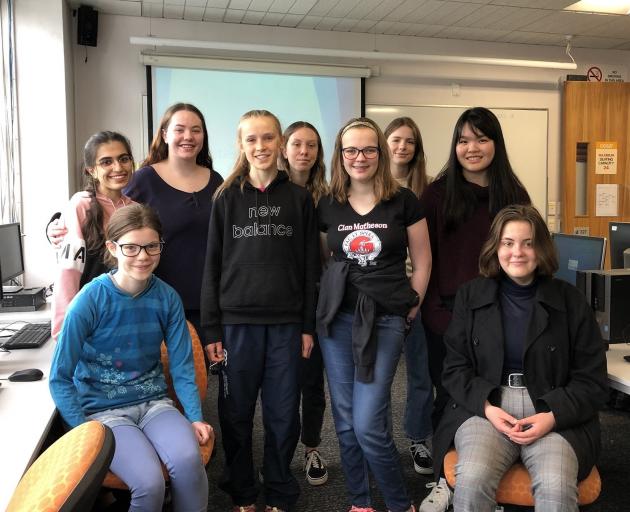 The Columba College and St Hilda’s Collegiate Year 10 pupils were hosted by the University of Otago Departments of Information Science and Computer Science on Tuesday, as they competed in the Programming Contest for Girls (PC4G) event.

The PC4G contest was held in four locations across New Zealand — hosted by the Universities of Otago, Canterbury, Victoria,and Auckland.

Each school was represented by between two and 12 girls, competing in teams of two.

The top teams will be invited to a six-day New Zealand Olympiad in Informatics programming camp in January.

Each year, New Zealand sends a team to the International Olympiad in Informatics (IOI) event, which includes about 85 countries.

Historically, the 300-plus contestants at the international event have included only about 10 girls, which is one of the inspirations behind PC4G.

Organisers hope that PC4G will help to identify girls who enjoy programming and are highly motivated, and who one day may earn a spot on the New Zealand IOI team.