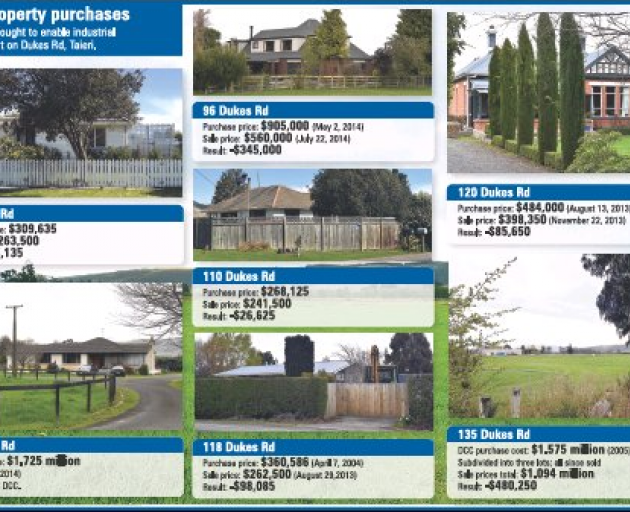 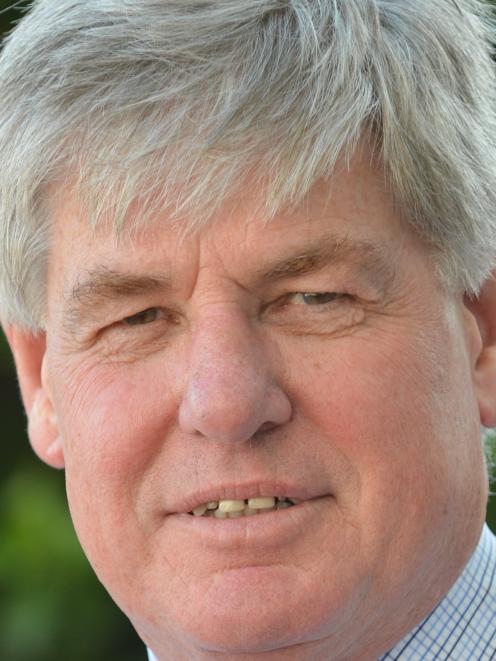 Kevin Taylor
The Dunedin City Council has spent $5.6 million buying up houses, and even a farm, to smooth the path for industrial development on the Taieri.

The purchases were detailed in documents released to the Otago Daily Times, which also showed the council has lost $1.07 million after on selling many of the properties for significantly smaller sums.

The buy-up included six homes on Dukes Rd and Fowler Rd, but also a 15ha farm bought for $1.75 million in December last year, at 91 Dukes Rd.

And the size of the bill for ratepayers could yet rise by the time the farm - the only one of the properties still owned by the council - is eventually sold.

Dunedin Mayor Dave Cull said when contacted the property purchases were the result of a deal between the council and residents in the area dating back to 2004.

The aim was to remove opposition to industrial development, but ratepayers had been left to pay the price.

''The effort to create industrial land has been less than successful and the costs have been considerable. The council in the last couple of years just had to live by the agreement that was made well before them.''

The purchases were the result of a deal reached between the council, under then chief executive Jim Harland, and a group of Dukes Rd neighbours opposed to a zoning change introduced in 2004.

The change, known as Variation 9B, led to 73ha of rural land being rezoned for industrial use, to address a perceived shortage of industrial land in the city.

Neighbours' objections threatened to end up in the Environment Court, but were overcome when the council offered to buy them out if they opted to leave any time over the following decade.

Council city property manager Kevin Taylor told the ODT the deal included an agreed formula, taking the value of the homes before 9B was introduced and adjusting it upwards for CPI, legal and other costs.

But when the council came to on sell the properties, the impact of the new zone on property values saw the resale value drop dramatically.

Mr Taylor, who only joined the council last year, told the ODT the council appeared to have paid a premium of between 10% and 24% above market value to acquire the properties.

That included thousands of dollars in ex gratia payments and vendors' legal and other costs, he said.

''Some people got a better premium than others on their property, depending on how good a negotiator they were, I guess.''

And while the aim might have been to address a shortage of industrial land in the city at the time, with ''20-20 hindsight'' the benefits appeared to be limited.

''There's no evidence that there's a shortage of industrial land in the city currently,'' Mr Taylor said.

''There's an awful lot of property deals that have been done in New Zealand where I'm sure they would all love to have 20 20 hindsight.

''It's unfortunate that it's happened the way it has.''

Kate Wilson, one of two councillors representing Mosgiel Taieri, told the ODT aspects of the deals ''could've been done differently''.

''I think there have at times been things that have surprised me about contracts or agreements reached well before my time that I would like to think wouldn't be the way we do things in the future. But they are what they are. We need to be fair to the people involved.''

The purchases of the houses across the road from the industrial zone represented nothing but a loss for the council, she said.

''I don't think there's any benefit necessarily out of the ones across the road.''

But the acquisition of the larger farm at least freed it up for subdivision, she said.

The farm had been rezoned as industrial land by Variation 9B, and could provide a ''greenfields'' site for future industrial development, she said.

Those were ''fairly few and far between'', and development would bring with it new businesses, extra jobs and a higher rates return for the council, she said.

Mr Taylor said the size of the council's $1.07 million loss could yet rise, depending on proceeds received from the sale of the farm.

However, he remained ''pretty confident'' of securing a price that covered the cost of acquiring it. The council had no plans for a ''fire sale'', and was instead working towards a subdivision for industrial development on the site over the next five years, he said.

''The only advantage we gain out of it is that long term there is a very large tract of land if an industry looking for that size and scale sought to come to the city. Then we would have it available.''