Residents thanked for ‘tolerance’ during repairs 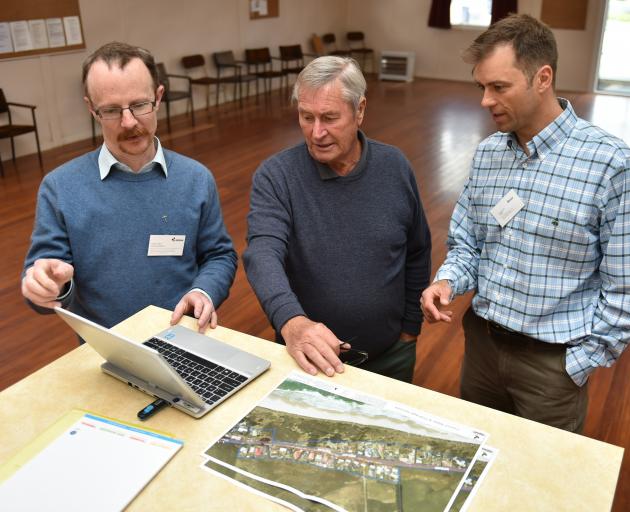 Water and waste services network contracts manager William Clifford was at Ocean View Hall this week to answer questions about the ongoing work in Westwood, and said he was pleased  so few residents came to the public session.

He believed it was a sign residents were happy with the work  going on around them.

"The residents have been fantastic — they’ve been very understanding and we’re very grateful for their tolerance."

He said those who  did attend were keen to know what was involved in replacing the network.

One of the concerns raised by a resident was whether the wastewater network in surrounding areas would also need to be replaced.

However, Mr Clifford assured residents the surrounding network still appeared to be in good condition.

The only other major concern was the speed at which traffic was travelling through the construction zone, Mr Clifford said.

"It’s always a concern with people working on the road.

"Take care. There’s people’s lives — mums and dads are working out there. So we just ask drivers to take their time."

"It’s not a nice atmosphere to be working in — say no more. So they’ve done very well to do what they’ve done.

"And the road controls have been very, very good. You’re not held up much at all."

Mr Clifford said the pipe replacement work stretched between the north  and south ends of Westwood, and  was expected to cost between $1 million and $2 million.

It was hoped the work would be finished by the end of April next year.

"That will depend on how we replace the pipeline at a certain area where it’s quite deep.

"So depending on the methodology, it may be quicker or a bit slower."

Repairs began in July this year after a section of the wastewater pipe collapsed in Brighton Rd, near Westwood.

Traffic management has been in place  while the repairs are being done.

The work is mostly located along the side of the road, but traffic has been restricted to one lane at different stages.