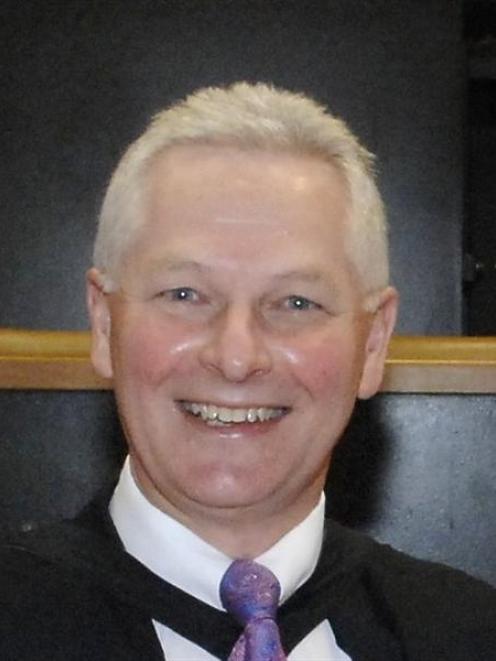 John Adams
Any removal of neurosurgery from Dunedin Hospital has the potential to develop into the "death of tertiary services by a thousand cuts", Dunedin School of Medicine dean Dr John Adams says.

"We absolutely depend on a vibrant teaching hospital" for teaching and research purposes, he said.

The school was not completely confident about the proposed review by the expert panel, he said.

The panel has been convened by Director-general of Health Stephen McKernan, who was asked to intervene when the Southern and Canterbury district health boards could not agree on the set-up of a South Island neurosurgery service.

Canterbury wants all six neurosurgeons based in Christchurch and Dunedin wants two to live in Dunedin.

Dr Adams said the school had already tried to explain its "anxiety" about the downstream effects of losing neurosurgery in Dunedin in the previous review processes, but this had not changed the recommendation that all six neurosurgeons be situated in Christchurch.

He hoped the terms of reference for the three-person review panel would be wide enough to take into account all the issues.

The school and Dunedin Hospital had a relationship stretching more than 130 years and "things that affect the hospital affect the school".

Dr Adams said his concern was not so much about the direct teaching of neurosurgery but the downstream effect on the hospital and teaching environment.

One of his concerns was the effect on recruitment and retention, something which would involve a number of disciplines.

Neurology was a particular area of concern.

Without a neurosurgery unit in the city it would be much harder to attract top-flight academic neurologists.

"It is already very hard to recruit academic staff and it would just make that harder."

Dr Adams and Faculty of Medicine dean Prof Don Roberton both said they supported a regional service with two neurosurgeons in Dunedin.

If one part of a health service was missing, it had effects on all the others and would affect postgraduate training.

It was not only the training of doctors which was affected but also those in other health areas, including dentistry, physiotherapy, radiology and pharmacy.

These involved more than 1200 students. From a teaching perspective, having expertise from linked disciplines was needed so students could get the sense of caring for the complete patient, particularly for patients with complex medical conditions.

While technology was useful for providing information such as X-rays and scans, there still needed to be the ability for a multidisciplinary group to see a patient and meet and share their ideas about that person's care.