Rod Stewart is coming back to Dunedin in November.

Due to exceptional demand for tickets to his two Mission Estate shows in Napier, Stewart had added a show at Forsyth Barr Stadium for his southern fans on Wednesday, November 11.

Stewart last performed at the stadium in 2015. 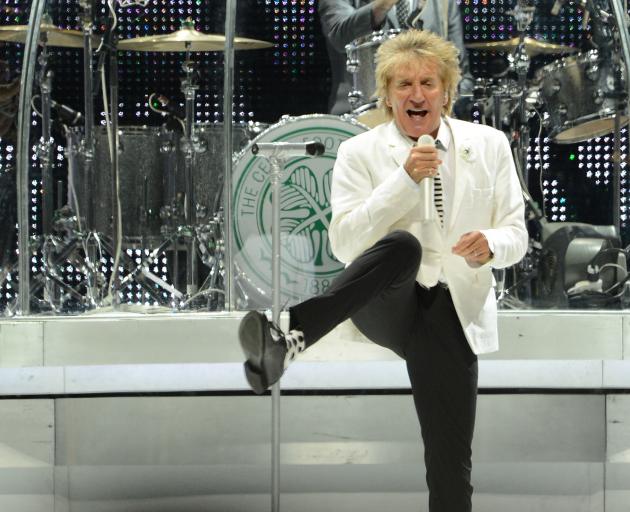 Rod Stewart performs at Forsyth Barr Stadium in 2015. Photo: ODT files
Tickets will go on sale  at 11am on Friday, March 6 from Ticketmaster.co.nz

Members of Rod Stewart's fan club can be among the first to secure tickets during the fan club pre-sale  starting at 10am on Monday, March 2.

My Live Nation members can secure tickets during the pre-sale beginning at 11am on Thursday, March 5, concluding at 10am on Friday, March 6.

I'd save yer dollars and listen to some Faces at home instead....but that's just me!

Righton nightimejohn....Rod should invite Ronnie Wood to join him, then Ill be
up for a good seat.