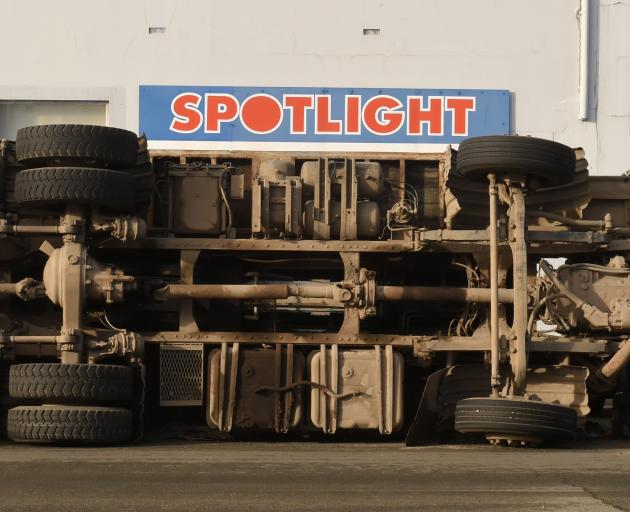 The truck rolled in Jervois St near the intersection with Cumberland St about 10am today, a police spokeswoman said.

No-one was injured, but "four to five" parked cars were damaged as a result, she said.

A Fire and Emergency New Zealand spokesman said firefighters from Dunedin City and Willowbank attended to help with cordons and to clean up diesel which leaked from the truck.