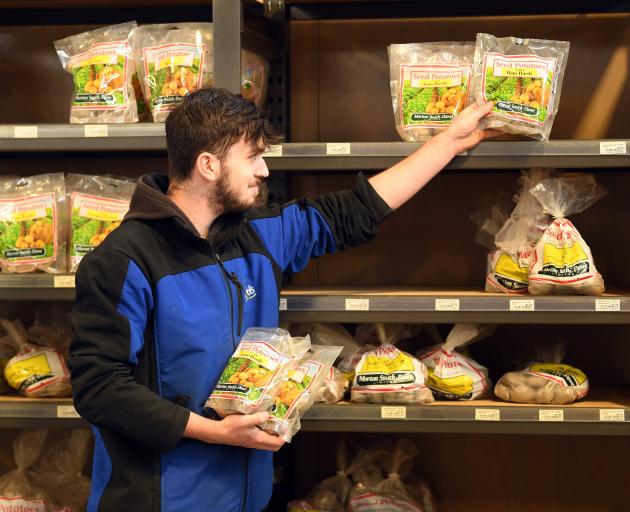 For the third year in a row, most seed potatoes have sold out, prompting a South Island supplier to consider increasing growing contracts by 15% next year.

"It’s getting worse and worse each year. People are getting in earlier each year because of it.

"We’ve certainly had the demand, but the supply hasn’t kept up with it."

Owner John Stanley said supplies were traditionally low at this time of year, because people were planting seed potatoes for Christmas dinners.

"Effectively, if you’re going to have potatoes for Christmas, they should be in the ground now."

However, he believed supplies had disappeared particularly quickly this year because of the Covid-19 lockdown, when home-owners had time to plant vegetable gardens and were inspired to be more self-sufficient.

"When the lockdown was over, they went out and bought their seed potatoes and our orders then were crazy — just flat out."

He believed demand was also growing because more young people were planting so they could "skite" to friends about how they had grown their own potatoes for Christmas.

The company supplied seed potatoes to up to 85% of New Zealand home garden stores.

"We have individual growers that grow seed for us in higher country around Canterbury here, and we give them a contract to grow specifically for us.

"We’ve got 23 different varieties which we market.

"Based on historical data, we give them a contract to provide 20tonne of this and 60tonne of that. So once that’s gone, that’s it."

There was "a fine line" between ordering too much stock and too little, he said.

"We could order 30tonne and only sell 20tonne. That would leave us with 10tonne of seed potatoes that would sit around here rotting.

"You can’t hold them over until next year."

However, he said the company planned to increase its supply contracts by about 15% next year to better meet demand.

There were still some varieties of seed potato available, but probably not the most popular ones.

So it was a good opportunity to try something new, he said.