'Significant benefits' for city in pipeline 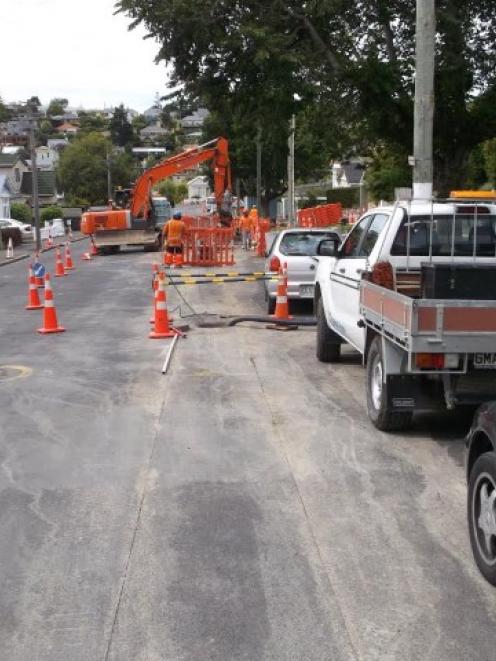 The work is nearing the end of the second of four phases. Photo DCC
A $14 million pipe renewal project being carried out in Kaikorai Valley will have ''significant benefits'' for Dunedin, the city council says.

Work to replace old water, wastewater and stormwater infrastructure is nearing the end of the second of four phases.

"This also adds to flooding in areas such as the northwest corner of South Dunedin, when pipe flows coming from Kaikorai Valley meet flows from other parts of the city and flatten out, creating a bottleneck effect," Mr Osborn said.

"We appreciate that this essential work is highly disruptive to residents and so we are packaging work together to limit disruption overall. This may mean work takes longer now, but it also means we won't have to return to the area to renew these assets for many decades.''

DCC Infrastructure Services Committee Chair Cr Kate Wilson said she was very pleased to see the investment of an expected total cost of $14 million into the renewals, and the council had prioritised this expenditure ''in tough times''.

''While there is substantial inconvenience when the work is taking place, there will be significant benefits for the city."

Work on phase one started in June last year and is now complete, while phase two will be completed by August.  Both phases involved replacing pipes under roads.

Mr Osborn said phase three would centre on improving environmental outcomes for the Kaikorai Stream by removing groundwater from the sewer pipes, which can cause sewer overflows during wet weather."

Culverts under School Shetland Strs would also be enlarged so water drained away more quickly and reduced the effects of flooding. Work would also be carried out at the Bishopcourt playing fields, including realigning the existing piped watercourse underneath.

Construction was expected to start in August 2016 and be completed by May 2017.

Phase four, which was in the planning stage, would involve the replacement of sewers through about 170 private properties. Work was not expected to take place until mid 2017.

Affected property owners would be contacted over the next few months.