So glad to be here

University College finance administration manager Pip Falloon, of Dunedin, had emergency neurosurgery at the age of 48 in 2009 after an aneurysm in the right side of her brain ruptured and haemorrhaged. Pip tells her story ... 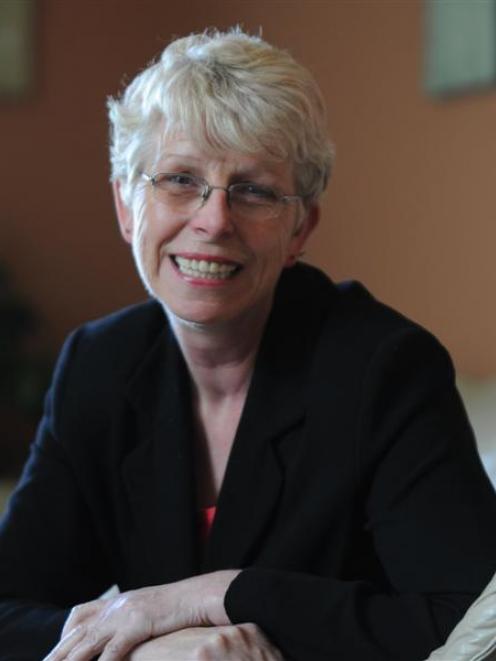 Pip Falloon says having neurosurgery in Dunedin saved her life. Photo by Jane Dawber.
I had headaches building up to it, but that wasn't unusual for me because I suffered major migraines as a teenager and right through my 20s, so I never took much notice, just kept taking the old Nurofen and Panadol so I could function.

I just tried to deal with them as best as I could.

I still worked right up (to when the aneurysm ruptured) - I think I had one day off a week earlier and that was it.

I went over to the staff club the night before, and I have no memory of that.

I went home and cooked dinner for my students, and extra lasagne for the weekend for while I was away - and I don't remember doing any of that.

I drove home and I don't remember any of that either.

I got up that Friday morning, put a hair colour in my hair - and that's how they found me a couple of hours later.

I had a housekeeper, who found me first.

She comes in on a Friday morning and she had the ambulance on the way by the time my workmates got to my place.

I also had a homestay student there and the housekeeper and student had put a blanket around me.

It's 6am I usually get up - that's my normal routine.

I had probably unloaded the dishwasher and I was getting organised to go down south, where my partner has a farm, so I had half packed up.

The rest is pieced together from stories from others - and the medical reports. By the time I got to Dunedin Hospital, I was in a critical condition.

Doctors found an aneurysm in the right side of my brain had ruptured and was haemorrhaging.

A neurosurgeon operated, placing eight clips on the aneurysm to stop the bleeding. But my brain was swollen so much, part of my skull had to be removed.

It happened in mid-September. By mid-October, I was up in Isis [at Wakari Hospital] and learning to walk steady again. They were fantastic.

By mid-November, I had to go back into hospital and get my cap put back on. By mid-December, I was out. It all happened over three months.

I don't remember anything from ICU (the intensive care unit) - apparently I was kept in a coma for a while because my temperature was spiking really bad, so they had a bit of a job keeping me under control.

The only thing I remember is waking up in the ward about three weeks later and I was coughing and coughing and family were there - and I remember thinking "What's my daughter doing here?"

My daughter had to come over from England, not knowing if I was still going to be alive when she got here. I realised something had gone down, but I didn't know what.

I had to do a lot of relearning because I couldn't talk very well. I tried to do a lot of writing - there were pages and pages - conversations between my daughters and me.

It was very basic to start with. But I got better as I went on.

My biggest thing I've had to deal with and get used to is the visual impairment. I now have no left peripheral vision. So my challenge has been getting around. I also have no feeling in my left hand - so I could put it on a hot element or in a pan and not feel anything.

I can't touch-type anymore. I've got to watch my left hand, because my pinkie goes to sleep.

It's a lot slower going - and that's a big frustration. I've had to learn to adapt, and cope with things, and make up for it.

But I'm back full time at work now, which is great.

Going shopping in busy places can be really hard, because of the busyness.

I don't see people coming up on my left side and when I get touched on my left arm it's like an electric shock.

It feels awful. I have to be careful not to get too tired. I can lose a couple of days when I get too fatigued.

I'm just so glad to be here. It was so lucky that there was a neurosurgeon here in Dunedin, as there's no way I would have made it up to Christchurch. I was borderline when I got in to hospital.

You don't know what's round the corner. It's not until something like this happens to you that you realise.

Before this happened to me, a stroke was something that happened to older people - it's not until it's happened that you find out just how many other people have been affected by it.

It's crucial to have our service here - I wouldn't be here if it wasn't.