Soaking up sun before the cloud rolls in 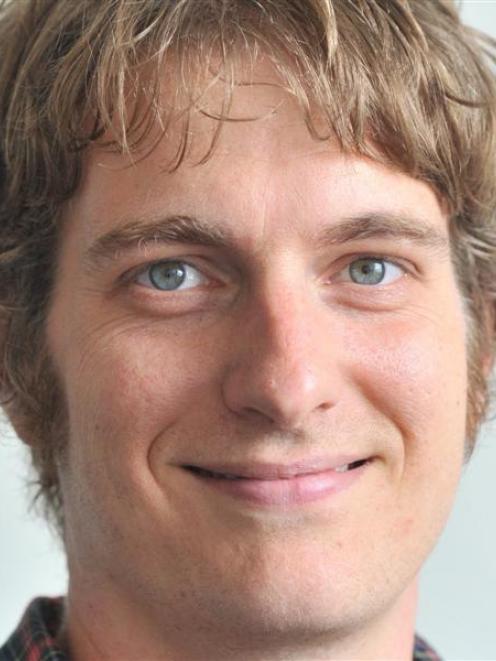 Lawrence Hamilton.
Much is made of the antics and revelry of O Week, but what is it really like? Master's student and first-time University of Otago attendee Lawrence Hamilton provides the Otago Daily Times with an insider's look into the annual celebration.

''It's awesome for the students and intense for the staff,'' Otago University Students' Association communications manager Tess Trotter told me early afternoon on the first day of Ori Week, which, luckily, coincided with summer deciding to stick its nose out from behind the clouds.

''The hardest part is finding something for everyone,'' Ms Trotter lamented.

Walking around Tent City it seemed the exact opposite.

Almost every interest and whim seemed catered to.

All the promises of university life and the future were on display.

I walked past information booths on spear-fishing, skiing, spray tans, weightlifting and a few youth ministries.

Contests promised prizes ranging from a trolley of groceries to round-trip tickets for free holidays in Asia.

Men in crisp white shirts with straight ties promised eternal life and a man with a large beard promised a smoke-out at 4.20pm.

Needing a respite from all the promises, I sat down with a grab-bag full of chocolate to enjoy the rarest of luxuries in Dunedin, a cloudless blue sky.

Next to me were a group of women serenely strumming ukuleles.

They were from the Uni Uke Association and had moved their weekly meeting to revel in the sunshine.

They just enjoyed the chance to take a break and play music.

''It's nice to have a learning curve that doesn't involve work or study,'' a member told me.

Work and study; two words without much promise that sounded like grey clouds on this bright day.