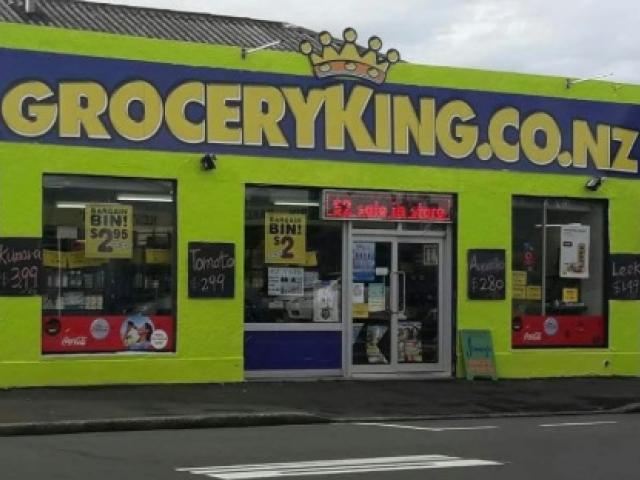 Photo: Facebook
Grocery King in South Dunedin has been fined $54,000 for 40 employment breaches and attempting to deceive a labour inspector.

The Employment Relations Authority (ERA) has ordered Grocery King to pay $44,750 in penalties for the employment breaches and attempted deception, and its director, Quing (Jade) Luo, to personally pay another $8960 in penalties.

The Labour Inspectorate visited the convenience store in November 2017, as part of an operation to check compliance with employment standards in retail and hospitality businesses in Dunedin.

Although Grocery King assured it only ever employed four people, further investigation by the Labour Inspectorate confirmed the existence of four additional employees, a statement released today said.

"The employer claimed these were just people who "helped out''.

"It kept no employment agreements or records for these workers.''

"Even if the work is casual or short term, employers must keep written employment agreements, records of hours, wages and leave, and provide at least the minimum wage and minimum holiday pay entitlements.''

The Labour Inspectorate lodged the case with the ERA after the business failed to respond to an improvement notice.

All arrears of about $1800 have been repaid.

"The penalties of nearly $54,000 on top of these arrears send a clear message to employers that they cannot bypass their obligations or attempt to conceal information from the Labour Inspectorate.''

Anyone concerned about the employment situation of themselves or someone they know is advised to call its contact centre on 0800 20 90 20, where their concerns will be handled in a safe environment.