Stadium rate 'tax on being busy' 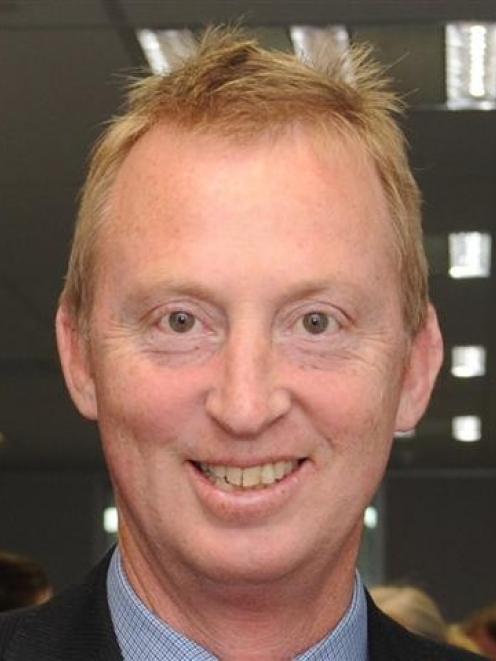 Peter McIntyre
Business owners in Dunedin have been floored by the idea of a new targeted rate for the hospitality sector to help rescue Forsyth Barr Stadium from its financial hole.

Those contacted said the suggestion came as a surprise, and would be unfair if other businesses that benefited from big stadium events - such as taxi companies - were not also included.

They said Dunedin City Council appeared to be scrambling to cover possible ongoing losses from the stadium, and Otago Chamber of Commerce president Peter McIntyre urged the council to "tread very carefully".

The idea of increasing the council's economic development targeted rate for hospitality businesses was raised by Dunedin deputy mayor Chris Staynes on Wednesday, as the council grappled with a $3.2 million loss by Dunedin Venues Management Ltd, the company running the stadium.

Cr Staynes believed increasing the rate - or creating a new one - could help pay for an events fund to lure big concerts and other events to the stadium, something DVML staff and board members said was needed.

The fund would be good for DVML but also for the city's hospitality sector, Cr Staynes believed, and Dunedin Mayor Dave Cull on Wednesday confirmed the idea would be considered as part of the stadium review.

However, Terrace Bar owner John MacDonald said the idea was "bizarre" and would amount to "a tax on being busy".

The council appeared to think bar owners were all making huge profits, when margins were tight and some were struggling, he said.

There was "no doubt" bar owners had busy nights when the stadium was full, but also faced extra costs, as more staff were needed and premises were extended, he said.

Big nights were also followed by "extremely" quiet periods, as those who saved up for a big event stayed in afterwards, he believed.

He would not rule out supporting the idea, but believed more information was needed about how it would be applied, whether other businesses would be included and how any events fund would be used.

Otago Motel Association president Richard Hanning - the owner of 555 on Bayview - said other businesses, the city's economy and even the council were already benefiting indirectly from the stadium.

"The stadium is a huge asset to the district as a whole, not just to the accommodation sector.

"I think Mr Cull needs to understand that."

He said the council - and the city - needed to be patient while DVML's operation settled down before profits were possible.

"It's not going to happen overnight . . . I think they [council] are just looking at a quick fix."

He would not support a targeted rate focused only on the hospitality sector, as spreading it around other businesses benefiting from the stadium would be fairer and raise more money.

Hospitality Association of New Zealand Otago branch president Mark Scully wanted to hear more about it, but questioned how it could be implemented.

If bars were busy on the night of a big event, should they be the only ones to pay a targeted rate, or should their suppliers - who were also busier - also have to pay more, he asked.

"I can understand the basic philosophy behind it, which is those who gain should be paying.

"It's easy to go to the low-hanging fruit, which is bars and restaurants and hotels . . . but lots of people benefit from it."

Mr McIntyre said he was yet to hear from chamber members, but believed any new targeted rate would have to be considered "very, very carefully".

"The council needs to go back and look at the way that they budget for the stadium. To identify key bar owners and hoteliers could be a little bit dangerous.

"We do want a vibrant city and we do want our bar owners and accommodation sector to be very strong."

Dunedin Restaurant Association president Steve Richardson said restaurants did not get any advantage out of the stadium as any patrons were at night-time events, not dining.