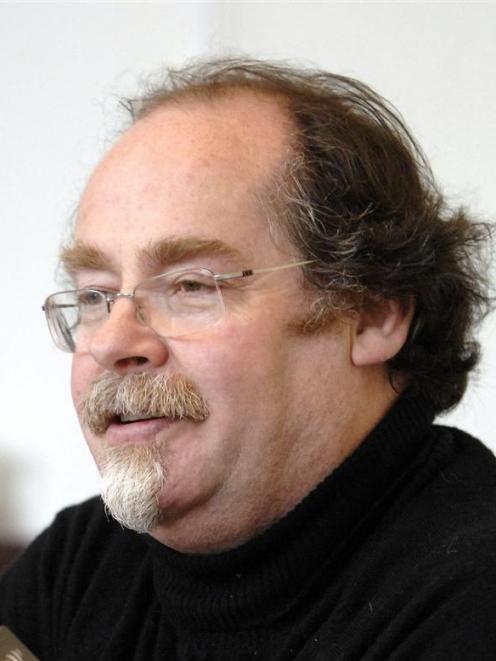 Mr Sprey, the chief executive of Capital C Concerts, was in Dunedin yesterday at the invitation of the Carisbrook Stadium Trust, which also invited Christchurch technical adviser Andre Goldsmith, of Hang Up Entertainment Services. They spoke to the trust about technical elements of holding an event.

Mr Sprey told a media conference he hoped to have a major international act signed for the opening of the stadium.

He declined to comment on which acts he had spoken to, and said final plans would not be made until closer to the stadium opening, but promoters would be looking for an act with broad appeal.

"There will be no heavy metal or hip-hop on day one - more something like an Elton John," he said.

Mr Goldsmith said the stadium would be the only covered entertainment venue of its size in the southern hemisphere.

The roof would provide protection from the elements and save costs for promoters because they could hang lights from it.

Mr Sprey said there were downsides to Dunedin, such as the logistics of getting equipment to the city, and convincing people the stadium was a viable option.

The concerts generally had to be staged in Australia first before coming to New Zealand, he said.

"Having the stadium will open up a whole list of new opportunities."

Mr Sprey, who was invited to Dunedin by the trust about a month ago, was responsible for bringing Elton John to Wellington, Auckland and New Plymouth and Bon Jovi to Christchurch.

But Rock2Wgtn, held in May last year, which had headline acts Kiss, Ozzy Osbourne and Alice Cooper, left Mr Sprey about $750,000 out of pocket.

Despite 30 years' experience in the entertainment industry, he failed to sell enough tickets to the concert. He needed 54,000 people to break even, but ended up with only 50,000.

But Mr Sprey said the multi-purpose nature of the stadium would mean it would appeal to a wide range of acts and there was the opportunity for festival type concerts of New Zealand music, something which would appeal to the student population in particular.