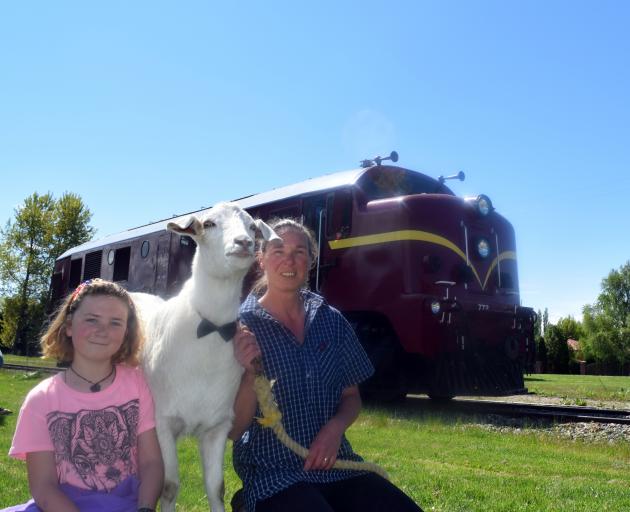 Jo Koppert and her daughter Jeska Koppert (10), of Middlemarch, and their goat Eddy attend a street party in Middlemarch on Sunday. Photo: Shawn McAvinue

Middlemarch impressed during a celebration of vintage locomotives.

‘‘It was hugely successful.’’

The trip was part of festivities marking 50 years of operation of Dj locomotives in New Zealand.

The ‘‘tripled-headed train’’ to Middlemarch produced about 300hp.

The Strath Taieri Lions Club held a street party in Snow Ave to coincide with the celebration.

‘‘I was impressed with Middlemarch — they really put it on and it helped the occasion tenfold.’’

Constable Allan Lynch, of Middlemarch, supervised a chocolate wheel draw as revellers were entertained by country music band The Rock and Pillar Rebels.