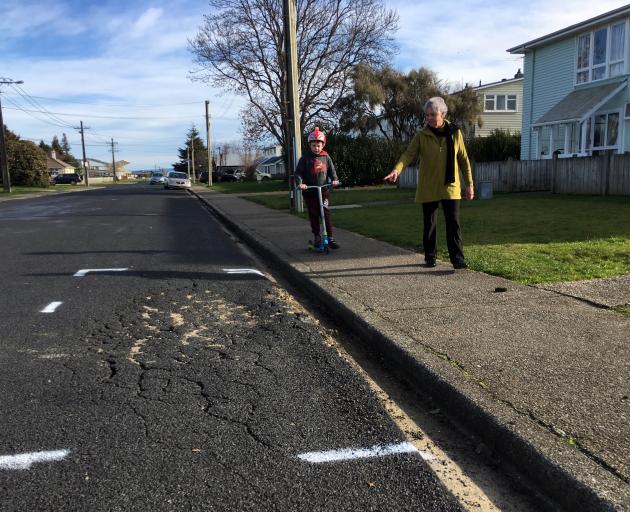 The investigation of the design of Inglis St is to continue.

At a Mosgiel-Taieri Community Board meeting last month, board chairwoman Sarah Nitis asked the council to reopen an inquiry into the layout of Inglis St, between Gordon Rd and King St, to assess its impact on traffic.

When vehicles parked on the northern side of the street, motorists driving towards the traffic lights had to drive over the centre line and might hit traffic travelling in the opposite direction, she said.

Speaking at last week's meeting, board deputy chairwoman Joy Davis said she was turning left from King St into Inglis St in her car and parked vehicles and a skip bin on the northern side of Inglis St made it hard to see approaching traffic.

``I nearly had a collision - there was a car coming the other way I could not see.''

Board member Maurice Prendergast, who lives in Inglis St, agreed.

``It's an absolute jungle - you can't say there is not a problem.''

Mr Poulsen said the council would continue to investigate and speak to residents and businesses in Inglis St.

If an issue was revealed and car parks needed to be removed, the public would be consulted.

Reflective strips will be placed on black lamp-posts in Mosgiel. Mr Poulsen said contractors would install the strips on the two lamp-posts in Church St by the end of this month.

At a board meeting last month, board member Martin Dillon asked the council to act before more pedestrians walked into the lamp-posts at night.

The lamp-posts had been black and white but were painted black when a pedestrian crossing was decommissioned.

Contractors had been contacted to repair the road seal outside 23 Murray St, Mr Poulsen said.

At the board meeting last month, board chairwoman Sarah Nitis said the seal on the patch of road in Murray St was as ``rough as guts''.

Mr Poulsen said a timeframe for the work to be completed was pending.