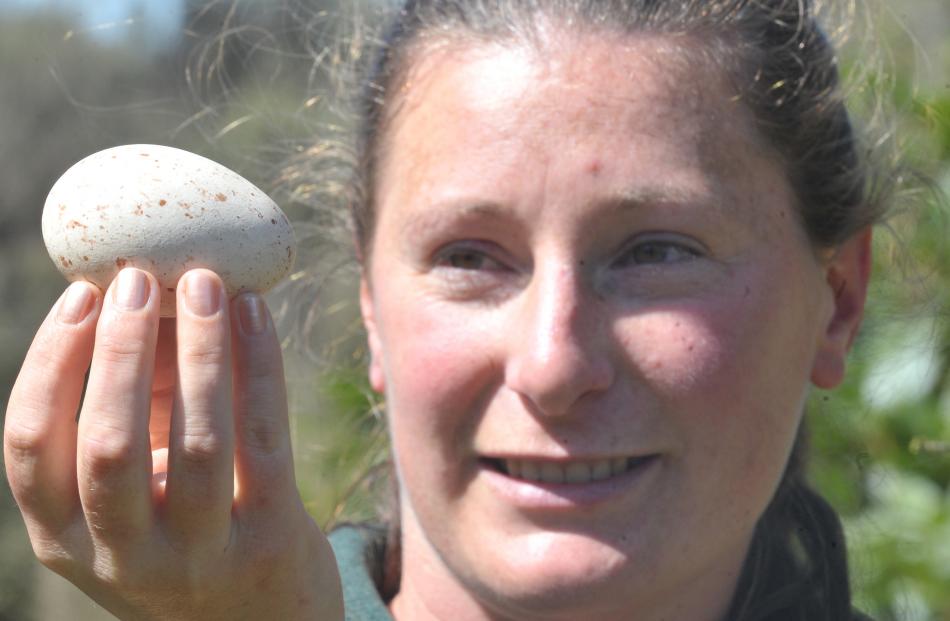 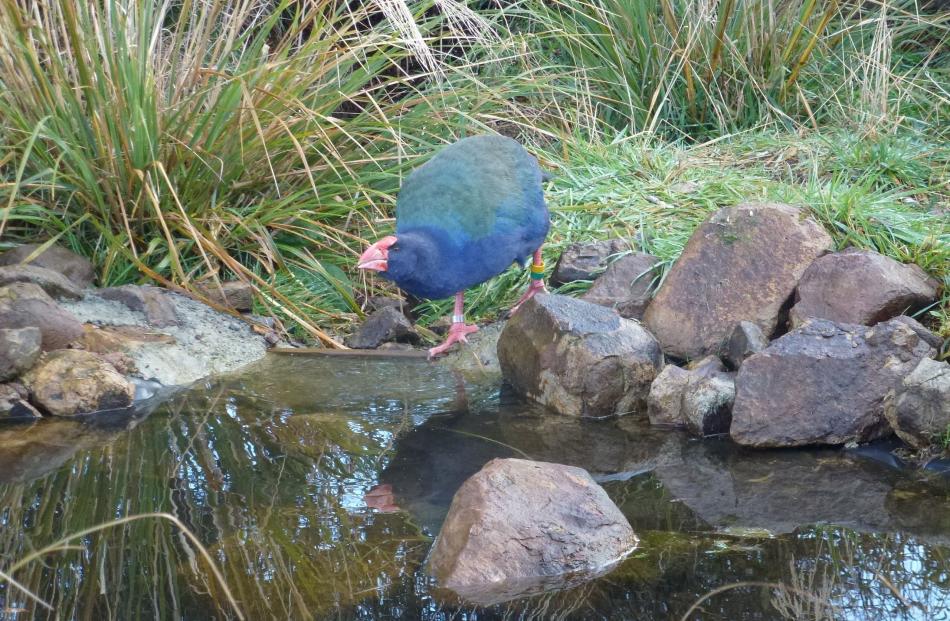 Shock was followed by joy when a takahe pair believed to be infertile were found to have a fertilised egg at Orokonui Ecosanctuary yesterday.

During a double-check of Paku's ''unfertilised'' eggs, Department of Conservation takahe liaison ranger Phil Marsh found one of the eggs was fertilised.

Mr Marsh said the discovery was ''amazing''.  ''It is a shock, though. I am going through the stages of denial and acceptance,'' he said, laughing.

The discovery was particularly amazing because Paku's partner, Quammen (15), had partners that had produced 23 infertile eggs over his breeding life.

Mr Marsh said he felt like a first-time parent.

Orokonui Ecosanctuary conservation manager Elton Smith said it was the second year the pair had acted as surrogates to fertile eggs from the Burwood Bush Takahe Rearing Unit.

The surrogate eggs were about 20 days old, which meant the pair's own egg would be given to another takahe pair at the ecosanctuary, Mr Marsh said.

''Their own fertilised egg is likely 10 days old, so the gap between the eggs is too much.''

The Burwood Bush eggs would hatch in about a week and Paku would probably abandon a third chick if it was born later, he said.

''It is a shame. If they had been closer in age, we would have tried a three-egg clutch.''

Mr Smith said he did not want to count his takahe before they hatched.

''There is a lot of mortality in the first couple of weeks. We can't be confident of them all surviving until February or March, probably.''

If all three chicks survived, the ecosanctuary's takahe population would grow to eight.

There were an estimated 300 takahe in New Zealand, Mr Marsh said.