Taps turned off at stadium's 'bar for the boys' 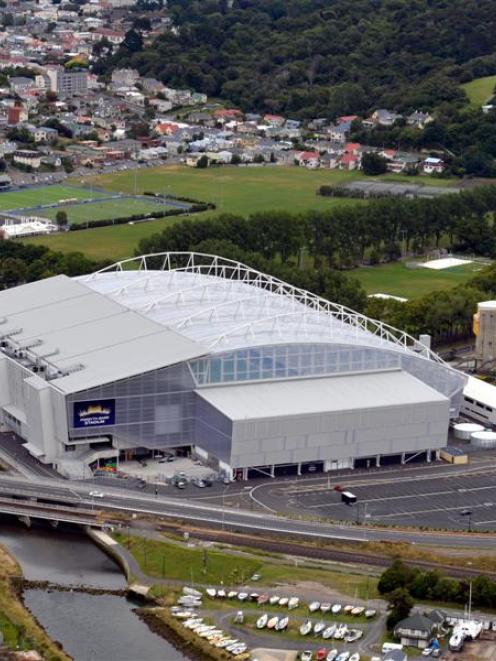 The Forsyth Barr stadium. Photo by ODT.
Last drinks have been called for a male drinking bastion buried deep within the bowels of Forsyth Barr Stadium.

The call has been made by Dunedin Venues Management Ltd chief executive Terry Davies, who confirmed the closure of ''Suite 29'' following a review launched earlier this year.

The small room - in the main south stand near the venue's service entrance - was used as a private social space for DVML staff, high-profile sports stars and other guests, with beer provided.

The Otago Daily Times was tipped off about its closure by a caller who described it as a private bar for a ''boys' club''.

Mr Davies confirmed the room was now considered ''outdated'' for the stadium, and the decision to close it had been made in April.

He was not aware of any behavioural problems associated with the room, but expected staff would have to find other places to socialise after work.

''If you're a groundsman or an administrator at the stadium, you come because it's a place of work.

"We're employed because we're to deliver a professional service, in whatever capacity.

The ODT understands the room opened with the stadium in 2011, and that previously a similar facility was used by grounds staff and others at Carisbrook.

Its walls and door were adorned with the signatures of celebrities - mainly sportsmen - who had visited, and tapped kegs of beer, a dart board and other entertainment had been on offer.

Mr Davies said similar arrangements had previously been common at stadiums world-wide, including at every venue where he had previously worked, but times were changing.

''It's like the long lunch days of doing business. They've all ended.

The room had run at no cost to DVML, with cash contributions from those using it, but public perception - while DVML continued to post losses - had been ''one consideration'' in closing it, he said.

DVML also wanted to shift public perception of the venue away from being ''just a rugby stadium'' for males, and appeal to a broader audience, he said.

''We're appealing to all ages, male and female, the whole wider community. In doing that, we need to understand ... the way we conduct ourselves is always in meeting that cultural change.

''We're about delivering the best result, and the best experience, across Dunedin, the South Island and New Zealand, not just a group that enjoyed Suite 29.''