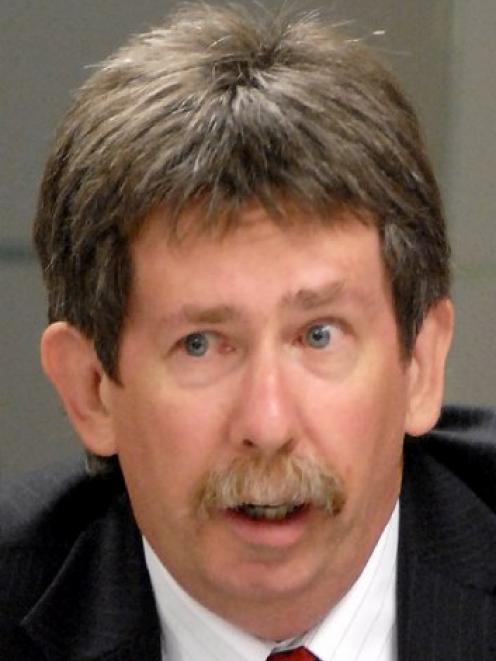 Mr Ryall said he was holding Mr Thomson accountable for the $17 million fraud which took place at the DHB over six years.

Current board member Errol Millar will take up the chairmanship and as an elected member Mr Thomson will remain on the board.

"This morning I telephoned Mr Thomson to tell him my decision." Mr Ryall said he had to have confidence that board would operate both effectively and efficiently.

Mr Millar was appointed to the DHB in 2007 and has previously served on the Southland DHB.

"The close working relationship between Otago and Southland DHBs will be further strengthened by Mr Millar's experience on both boards," Mr Ryall said.

The DHB's former chief information officer Michael Swann and his friend and business associate Kerry Harford were found guilty in December last year of defrauding the board $16.9 million.

Both are awaiting sentencing in the High Court next month.

The board also paid $1.3 million in legal fees and other expenses relating to the case -- pushing the total cost up to $18.2 million.

The figure included the cost of returning a yacht bought by Swann with his ill-gotten gains from Fiji to New Zealand.

Mr Ryall had asked Mr Thomson to resign over the fiasco -- a request he refused.

A number of his fellow board members have backed Mr Thomson saying attempts to remove him were unfair.

"Sacking the guy who helped catch the crook is nonsensical; therefore the conclusion must be that Mr Ryall wishes to instal his own person to the job," Mr Hodgson said recently.

"Most people will immediately see that Mr Ryall is using the fraud case as a pretext."