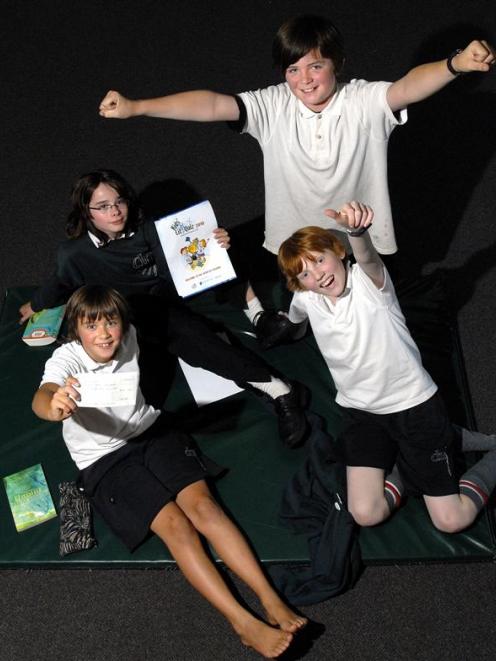 The annual Kids' Lit Quiz Otago heat attracted 11 teams of four, who spent three hours answering questions from a range of categories to win a place in the national final.

Frances Barnett, Ethan Gaffney, Pippi Miller and Jack Carter won $300 and will compete against 14 other teams in Wellington on June 20 for a $10,000 prize.

Quiz master Wayne Mills said the quiz was about encouraging and motivating children to read.

It also provided competition and rewards for readers similar to sporting events, he said.

A second Dunedin North team was placed third while a Tahuna Normal Intermediate team was second.