Tracks to close when work on dam begins 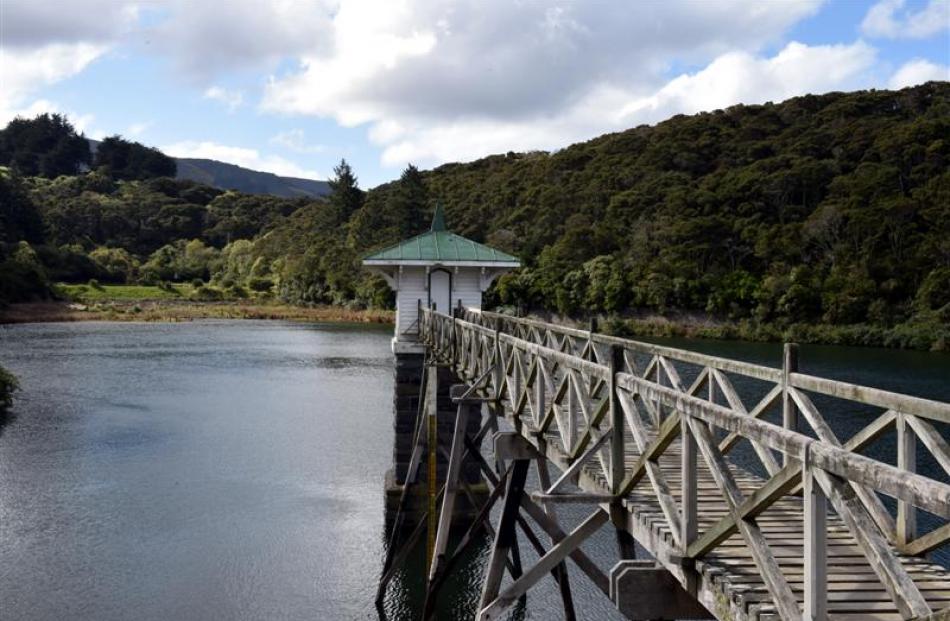 Some of Dunedin's most popular walking tracks will be closed while work to restore the Ross Creek Reservoir dam expands.

The 148-year-old structure has been closely monitored, and its water level lowered, since the appearance of large cracks in the earth dam's embankment in 2010.

The measures were put in place while the Dunedin City Council planned a major overhaul, designed to restore the structure as a functional reservoir and boost the city's water supply security.

Council water and waste services asset and commercial manager Tom Osborn said work on the final stage of the project began yesterday and was expected to expand over the coming year.

Contractors were set to begin construction of a platform on the dam face which would allow extensive core sampling of the dam's materials to be carried out.

That would require contractors to truck in fill and build up from the bottom of the existing dam embankment, to create a flat step part-way up the dam's face, he said.

That would provide a flat surface for a drilling rig to take samples of the dam's materials and core, needed to fine-tune designs for the dam's refurbishment, he said.

The sampling would take up to four weeks and require tracks around the embankment to be closed from October 27 to November 13.

The crest track would also have to be closed for a week, beginning on November 9, but the council would ''do our best'' to open up part of the lower track during that time, he said.

Once the testing was finished, a contract could then be let for the major refurbishment of the dam that would follow, he said.

The work, expected to take up to 12 months, would require further track closures, as well as some road closures or diversions, he said.

The extent of those would not be known until after construction tenders closed about February next year, he said.

''We will make every effort to retain as much public access as possible during the testing and subsequent construction [stages], but safety of the public and people working on the site must come first.

''We are looking at ways to improve track connections during construction to try to limit the impact on users of the reserve,'' he said.

The reservoir, which was completed in 1867, is the oldest large earth dam in New Zealand and has category one-listed heritage status.

The raw water storage facility was capable of holding 130,000cu m of water, but that was reduced after cracks wider than a fist were discovered in the structure in 2010.

Councillors later considered options including largely filling in the dam, leaving only a ''decorative pond'', before opting to restore the reservoir.

The project would involve trucking in 15,000cu m of fill to stabilise and extend the embankment, before returning water levels to existing capacity.

The cost was put at $2.1million in 2013, but was expected to rise once tenders for the work were received, although it was not yet clear by how much, Mr Osborn said.

Investment in new pumping stations and pipes would also see the reservoir used as a back-up to the city's existing water supply, should Deep Creek and Deep Stream supplies fail, for example in a natural disaster.

The existing pipes carried about 70% of the city's water through ''fairly hairy'' rough country, before crossing the Taieri River on a single bridge, making the supply vulnerable, Mr Osborn said in 2013.

Connecting the reservoir to the Mt Grand water treatment plant would ensure water supply could be maintained to the entire city if the Deep Creek and Deep Stream pipes were lost, he said.