Tractor driver killed in crash 'taken from this earth too soon'

A tractor driver known for his sense of humour was one of two people killed in a crash near Outram yesterday.

Steve Macnee, who was in his 50s and lived in Waihola, was one of two people killed when a sedan and a utility vehicle collided at the intersection of Huntly and Church Rds, about 5.30pm yesterday.

On social media his friends have described him as someone who made a "great impression on so many people" and was "taken from this earth too soon". 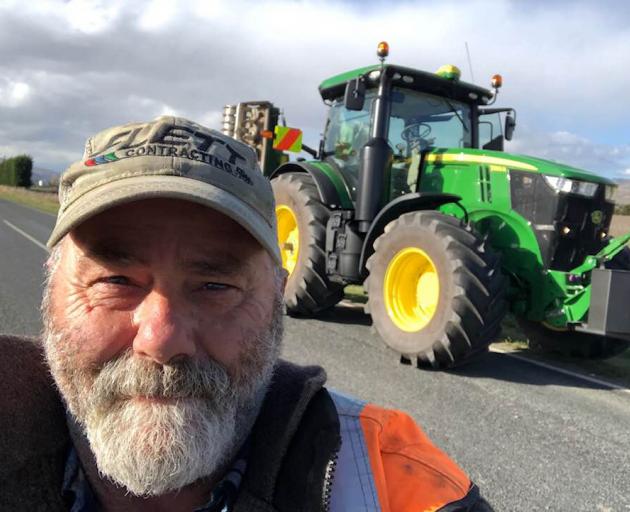 Steve Macnee. Photo: Supplied/Facebook
A number of friends have commented on his sense of humour, including one who said she would miss his "political and non PC banter".

A  teenage girl also killed in the crash was today described as being "full of energy".

The principal of the school she attended, which the Otago Daily Times has decided not to name, said its sympathies went out to her family and those affected.

"She was full of life and full of energy. There are some upset people after what was a traumatic incident."

The school was offering support and counselling to pupils to ensure they were feeling "emotionally safe", he said.

A third was taken to Dunedin Hospital in a critical condition.

Outram Fire Station is about 2km from the crash scene, and Chief Fire Officer Stuart Casey said Fire and Emergency New Zealand staff were there within minutes.

They found a white sedan crumpled in one paddock, while nearby a ute had flipped on to its roof.

The driver had got out of the wrecked sedan, while Fenz staff rushed to free two people from the ute.

"One person in the ute was almost out - the other person we had to cut free," Mr Casey said.

"They have had a big, high-speed impact, unfortunately."

Despite the best efforts of St John ambulance staff, only one person survived to be taken to Dunedin Hospital.

"It was a fantastic response from St John today. We had all the resources that we could have asked for," Mr Casey said.

"But they had sustained critical injuries unfortunately ... this was pretty close to home."

Mr Casey said crash scene investigators were working to determine the cause.

"We have been to some calls at the intersection before, but it's certainly not a black spot by any means," he said.

Police confirmed two people had died at the crash scene, and one person was transferred to Dunedin Hospital.

No other people were believed to have been in the vehicles.

Before yesterday, eight people had died on Otago roads this year: four drivers, two passengers, one motorcycle rider and one pedestrian.