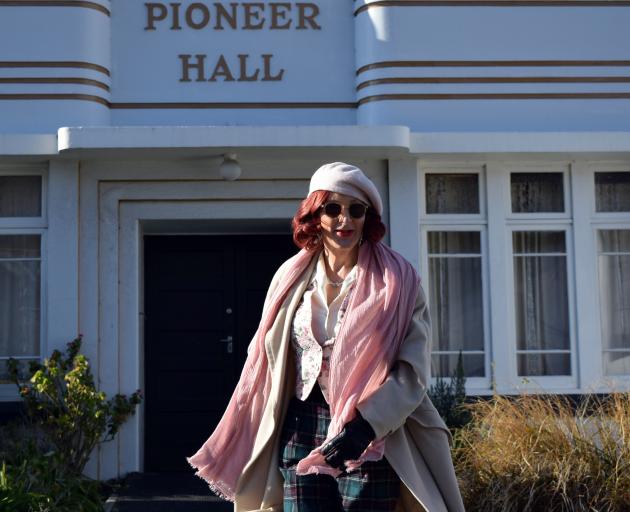 Miss Kendrick (61), of Careys Bay, said being transgender had taught her how to be brave, face her fears and follow her dreams.

In a bid to bring more happiness to Dunedin she had organised the ‘‘Earth Angel Jam Jar Dances’’ in the Pioneer Hall in Port Chalmers.

The ‘‘earth angel’’ was a nod to her living a life to bring ‘‘joy and kindness’’ and ‘‘jam jar’’ was about the glass vessel at the hall entrance to give koha.

Any money given helped pay for the hall and the rest was given to charity.

A dance happened every three weeks since June 28.

The rules of the dance were simple — dance any style but never in high heels on the polished wooden floor and have fun.

The dance aimed to provide ‘‘company, community and friendship’’ and usually attracted about 20 people.

She learned to dance after taking advice from anex-wife to start as a way to help navigate a marriage break-up more than a decade ago.

‘‘If you are willing to let go of your inhibitions, dance is a wonderful thing — you can forget the world.’’

She was confident she could help anyone dance.

‘‘We can all dance — once you break through the confidence wall, it’s quite easy.’’

Fear often held people back, including herself.

She was born and raised near Liverpool in June 1958.

The first time she remembered feeling feminine was as a 5-year-old.

‘‘It wasn’t accepted, so you buried it and got on with life, but two marriages and six kids later I couldn’t hide it any longer and I became me . . .being a woman is who I am — I buried it for so long to fit in.’’

She has now celebrated two birthdays since having a gender change in India in November 2016.

She returned to Dunedin from India in a wheelchair with a cast on her face, after two major operations including reconstruction on her genitals, breasts, nose and chin.

Transgender people were ‘‘super brave’’ as they faced the fear of being rejected by society.

She encouraged all people to face their own fears and be brave enough to change their mindset to be happy in their true self, ‘‘whatever that might be’’, and start living.

She uses her journey of her life as material in her stand-up comedy sets at Inch Bar in North Dunedin and in the six-part radio podcast Outrageous Ageing Jenny on OAR FM Dunedin. She shared her stories to be an ambassador to help people open their hearts and minds and embrace the transgender community and themselves.

She once considered having a woman’s mind in a man’s body to be a curse, but her outlook had changed.