The election of controversial Republican Donald Trump has some Americans looking for other places to live. He becomes president on January 20. Photo: Reuters
Donald Trump’s election win last year in the United States has in part prompted a new Dunedin  campaign to attract people to the city. 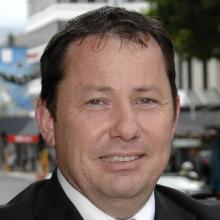 The "SeeDunedin" campaign was launched recently to encourage Dunedin people and businesses to share images, stories and information about their hometown through the city’s seedunedin.nz website.

Enterprise Dunedin director John Christie said his organisation had engaged with the community after social media discussion about Americans looking for other places to live, following the controversial president-elect’s election.

"A lot of people were saying 'why don’t we encourage people to move to Dunedin?’.

"We took it a little bit wider than that, and said it isn’t just about people who might want to exit the States wanting to come to Dunedin, there might be a whole variety of people around the world who might be interested in Dunedin."

The campaign would use radio advertisements and "cross-platform digital promotion" to direct people to the website, where there were resources for them to share with offshore friends, family and work colleagues.

The campaign would run for 10 weeks and feature testimonials from people who had moved to Dunedin to encourage potential visitors from around the world with connections to the city to consider moving here.

"It’s just giving the community some tools so they can send that information out to people to encourage them to have another look at Dunedin," Mr Christie said.

That information could then be distributed through people’s social media networks or by other communication tools.

The campaign was cost-effective and came from existing budgets, Mr Christie said.

A 10-week timeframe would allow staff to review how successful the marketing had been, and it could go longer if it was.

Asked about the success of that campaign, Mr Christie said it was easier to track the number of hits and the length of time people stayed on websites, but the New Zealand Herald campaign had been successful.

People had turned up with the supplement in their hands looking for properties, and others had bought businesses.

The prime focus of that campaign had been to attract visitors, so those were "side benefits".