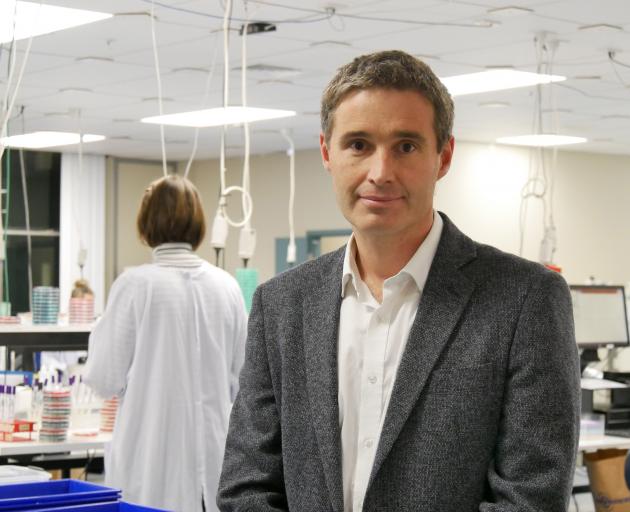 Yesterday, drug firm Pfizer and German firm BioNTech announced promising early stage three clinical trial results for the vaccine the firms are researching, which suggested it could be up to 90% effective.

In October, the Government agreed to buy 1.5million vaccine doses (enough for 750,000 people) from Pfizer should it pass regulatory approval.

Webster Centre for Infectious Diseases director Associate Prof James Ussher, who is participating in international vaccine development programmes, said there was still a long way to go before a proven Covid-19 vaccine was available.

Nonetheless, the announcement was hugely encouraging, the University of Otago immunologist said.

"It looks very promising, but they are using a novel RNA technology which has been used in a number of spheres, particularly oncology," Prof Ussher said.

"Nothing has yet made it to market. There has not been an RNA vaccine which has received regulatory approval before, this is likely to be the first in that category, but it is very exciting technology."

Prof Ussher said it was critical the international drive to find a vaccine continued.

"Pfizer’s news suggests the Moderna trial and hopefully also the Oxford trial might be effective and that is important, because we are going to need multiple vaccines if we are ever to vaccinate the entire global population.

"We need multiple shots on goal to have sufficient vaccine to roll out.

"It is not a race where we need a single winner.

"We need multiple winners and it is really important that we don’t rely on a single vaccine."

The manufacture method of the Pfizer vaccine made it likely to be difficult to introduce in developing countries and questions also remained about its efficacy for the elderly, the group most at risk of Covid-19, he said.

Research, Science and Innovation Minister Megan Woods said if the Pfizer vaccine passed its trials and received approval, doses could arrive in New Zealand in the first quarter of next year.

The Ministry of Health was working on a vaccination plan, but priority was likely to be given to those at risk of spreading Covid-19, those at risk of contracting it and those most at risk of death if they contracted the disease.

The United States had already said it would approve any vaccine with a 50% effectiveness rate, and the Pfizer vaccine seemed likely to exceed that.

Prof Ussher said such an effectiveness rate was not ideal, but it depended on the situation.

"They [the US] are in the middle of a massive uncontrolled outbreak.

"Here in New Zealand, where circumstances are different, we might want a vaccine which was proven to be more effective [than 50%], but this one looks to be a solid shot on goal."

WellSouth medical director Stephen Graham said if a vaccine became available, local GPs would be ready to administer it.

"Vaccination is the bread and butter of general practice, and any assistance we can give we certainly will," Dr Graham said.

"We haven’t seen any information about prioritisation, but it is a very exciting development.

"What we do here is likely to be a bit different to overseas due to our lack of community cases and our geographic spread."