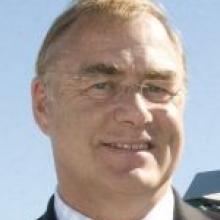 Wayne Mapp
The University of Otago is one of first six research institutions to be included in the Government's new technology transfer voucher scheme.

Research, Science and Technology Minister Wayne Mapp yesterday announced the initial list of six research institutions from which businesses participating in the scheme could choose.

Under the scheme, the Government will match, dollar for dollar, a company's investment in having the research done at one of the selected research organisations.

More would be selected next year, Dr Mapp said.

The scheme will be administered by the Foundation for Research, Science and Technology. Applications for vouchers can be made to the foundation from November 1.

Dr Mapp said in a statement research and development was a key driver of economic development.

The voucher scheme would enhance the connection between the business and science sectors, which would lead to innovation and business growth, which benefited all New Zealanders, he said.