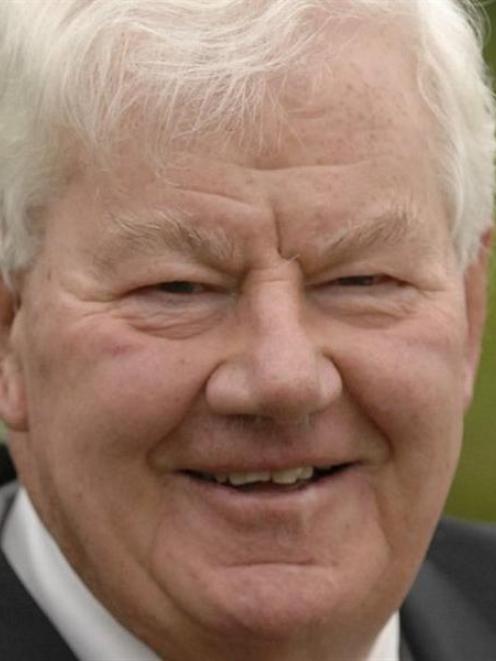 Age Concern executive officer Susan Davidson said ''a couple of handfuls'' of other volunteers had voiced concerns about the Compass Group outsourcing proposal. Some were unhappy with the idea of volunteering to deliver meals for the multinational food giant.

Mr Butterfield said he was disappointed, ''but they have a right to their view''.

If Compass was awarded the contract by the health board, it would need to work through any issues with the volunteers, Mr Butterfield said.

Asked if Compass stood to benefit from volunteer labour, he said ''definitely not''.

''Compass are contracted to provide the meals; the free labour's a separate issue.''

Ms Davidson said she contacted the board last week with concerns the proposal could make it more difficult to attract volunteers.

She also wanted to know from the board whether volunteers would be required to perform extra tasks with a different meal provider.

''We know that volunteers are always time poor, and we are very concerned that the meals on wheels service doesn't become burdensome.''

Some looked less favourably on spending their time volunteering for a profit-making entity, she said.

The unhappy volunteers were a very small proportion of the hundreds of meals on wheels volunteers in Dunedin.

Are you are a meals on wheels driver? If you want to comment about the latest proposal, please contact reporter: eileen.goodwin@odt.co.nz

Union says it can save board millions

The Service and Food Workers' Union says it can save the Southern District Health Board $2.2 million in the first year alone if it does not outsource its food service. The union released a counter-proposal this week in a bid to deter the board from outsourcing its kitchens to the Compass Group.

The union proposes generating more revenue by opening Dunedin hospital staff cafes to the public and offering an external catering service. Union members want to set up a working party with the board to identify ongoing savings. The board would save on implementation costs from keeping kitchens in-house.

''Our independent business advice is that the union's business case is easily attainable and does not put the SDHB at risk as does the [other] proposal,'' the union said.

The union's proposal does not make a 15-year projection over the length of the contract.

Compass had promised to save the health board at least $6.96 million over 15 years, which is about 0.05% of total income over that time.

The board will make a final decision next month.

Whatever the outcome, the financially troubled health board must pay its share of developing the plan -$230,000.

''If those DHBs don't accept the proposal they have to stump up thousands of dollars to come up with a business case for keeping the service in-house. That is borderline blackmail.''

The business case was developed by Health Benefits Ltd, set up by the Government to cut costs.

''They [HBL] keep parroting the financial benefits of the plan,'' Mrs King said.

''However, the gains only occur if every region approves the proposal.''