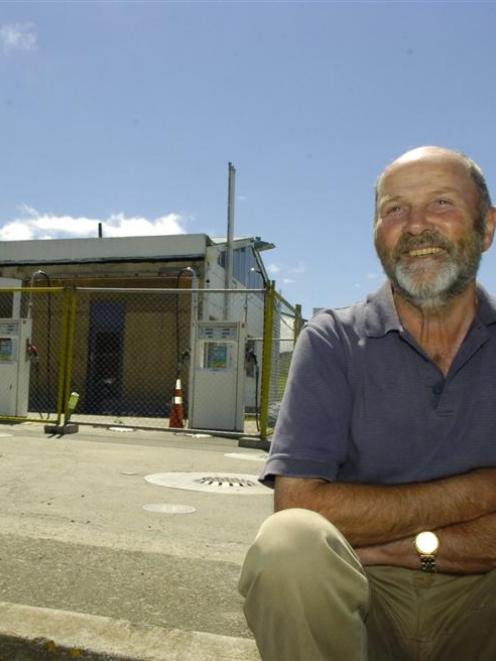 Waikouaiti Coast Community Board member Les Pullar will be pleased when the Waikouaiti petrol pumps reopen next month. Photo by Jane Dawber.
Fuel sales will resume at the Waikouaiti service station on February 1, when service will be available 24 hours a day using a card pay system.

"It's the convenience of it that makes all the difference. It meant either a half-hour drive to Dunedin or a 10-minute drive to Palmerston."

The announcement was also welcomed by board chairman Gerard Collings, who said fuel prices would be "comparable" to Dunedin prices.

Board members would be present at the service station at arranged times to help people get used to the new sales system, he said.

The months of negotiation had produced a good result for Waikouaiti residents and businesses, Mr Collings said.

Having to buy fuel in Dunedin or Palmerston during the months the pumps were closed had been a "huge inconvenience", Dunedin City councillor for the Waikouaiti Coast-Chalmers ward Andrew Noone said yesterday.

It was important that Waikouaiti residents, farmers and businesses supported the station when it reopened to ensure the viability of the service station, he said.

While there was some resentment at the way fuel distributor Greenstone Energy closed the service station so quickly after a truck crashed into its canopy on August 18, business owners told the Otago Daily Times they strongly supported the re-opening.

One business owner said it was a "total nuisance" to have to go to Palmerston or Dunedin to buy fuel almost every day.

A spokesman for Greenstone said after the closure the Waikouaiti service station would have been closed before the end of the year anyway, because it was not viable.

Greenstone will supply fuel to South Fuels, the new operator of the Waikouaiti service station.