Water idea 'unlikely to be viable' 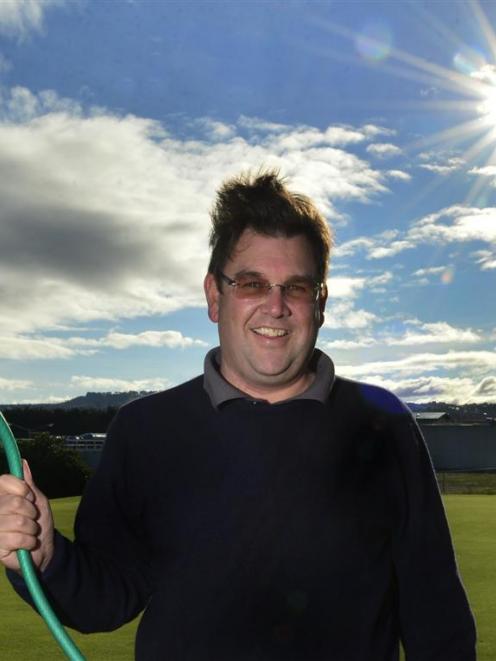 Andrew Whiley, from the Chisholm Park Golf Club, says the club wants to use the treated grey water from the nearby Tahuna wastewater treatment plant for watering the golf course. Photo by Peter McIntosh.
The Chisholm Park Golf Club wants to use treated grey water from the neighbouring Tahuna wastewater treatment plant to water its course, but Dunedin City Council staff say the idea, while innovative, is ''extremely'' unlikely to be economically viable.

Speaking to his submission on the council's draft annual plan for 2013-14, club golf director Andrew Whiley said the club wanted, through the annual plan process, to establish a formal ''dialogue'' with the council about the proposal, which he had informally discussed with council staff for several years.

He said when the council wanted to put the Tahuna outfall pipe under the golf course, the club agreed on the basis of a verbal agreement that in the future the club would be able to use some of the treated water from the plant to water the course.

At the time, the club had installed a new irrigation system that could work with the treatment plant.

He had had several further conversations with Tahuna staff about the idea but now wanted to formalise it.

The idea was that a tank would be installed nearby to hold the grey water, which would require a little further treatment before it could be used on the course. The council would pay for the installation, maintenance and chemical costs, possibly with funding from national green programmes or community programmes, and the club would pay the council a $20,000 levy each year for the water.

The system would reduce demand on the city water supply, especially in drought-risk conditions, and could also be used to water other playing fields and parks and by the community.

''We would like to partner the DCC and make better use of a water resource that is currently being flushed out to sea.''

Mayor Dave Cull said he applauded the innovation of the idea but wondered if this was really a way to save the club money. Mr Whiley said it was, but it had the other advantages.

Cr Richard Thomson said he struggled to see how the move could be justified when it seemed the council would lose water revenue from the club and have to install and maintain new infrastructure to boot.

In response to the submission, council staff said while it was an innovative suggestion, it was ''extremely unlikely to be economically viable''.

The cost of getting the water to a usable stage was likely to be prohibitive, and the city had invested a lot in ensuring the potable water supply was secure and would not run out in drought.

The success of this strategy was seen in the recent very dry summer, when the supply was not restricted despite maintenance works shutting down pipes for days, staff said.

Mr Cull said the proposal was of considerable interest and would be referred for discussion at next week's deliberations on the draft annual plan.