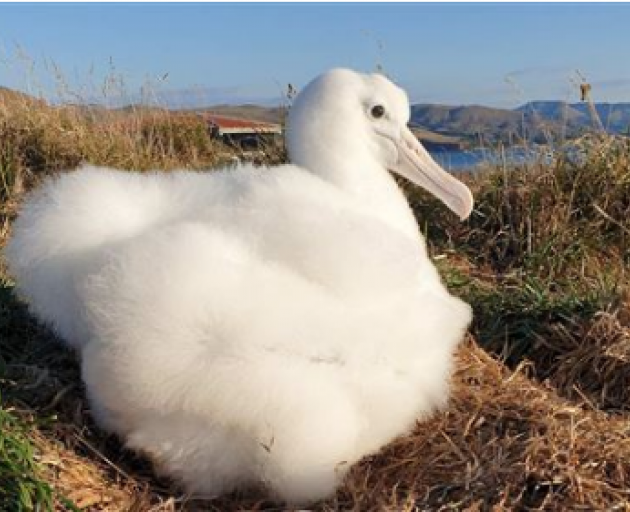 Tiaki the albatross. Photo: Doc
Dunedin's royal albatross colony is on track for a record breeding season, the Department of Conservation says.

“If all of the remaining chicks fledge successfully, we will have a record-breaking year of 30 fledglings.

"Previously, the highest number of chicks we’ve had fledge is 28."

Since December 1, Tiaki’s livestream has had more than 2.3million views, and was watched for about 400,000 hours.

"Tiaki has been a calm but talkative chick who has been healthy all season, providing great viewing," Mr Thompson said.

While Tiaki has left Taiaroa Head and will not return for between four and 10 years, the bird has not lost its online audience, as it has a satellite tracker attached.

"That will give new understanding of where the albatrosses go in their early years," Mr Thompson said.

The trackers are taped to the birds’ backs and are designed to last about a year, before they fall off when the albatross moults.

All the chicks at the colony are expected to have fledged by early October.