'The Wolf' to be a special guest at Home & Living Show 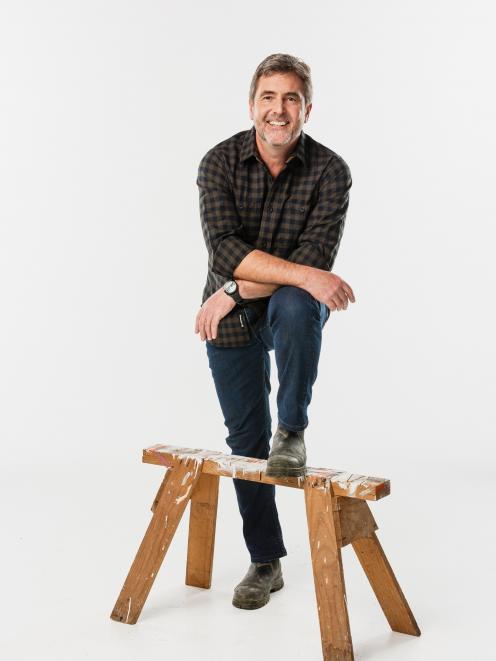 The Block NZ's resident builder and site foreman Peter Wolfkamp - affectionately known as the Wolf - has been announced as the Home & Living Show's first special guest.

A qualified builder for more than 30 years, Mr Wolfkamp has a long and storied broadcasting career in radio and television.

He is most well known for his work as the site foreman on the popular DIY television show which he has been involved with since it first broadcast in 2014.

Now in its fourth year, the The Home & Living Show - previously The Great Kiwi Home & Living Show - is brought to you by Allied Press, owner of the Otago Daily Times, in partnership with Dunedin Venues, and will be held over two days at Forsyth Barr Stadium from November 2.

Mr Wolfkamp will be attending only on Sunday November 3.

"We hope that the show-goers and exhibitors are as excited about this as we are," Mr Davies said.

As well as the Wolf, several show favourites would return including the Whitestone Cheese Fresh Food Show, the Drivesouth Motoring & Boating Zone as well as a wide range of local and national exhibitors showcasing the latest designs and products.

Architectural Designers New Zealand are returning to showcase the latest in architectural trends, Design and Garden Landscapes will help you transform your outdoor space, and experts will be on hand to show you how to do it yourself.

In addition, the home chef will be able to enjoy a series of specialist demonstrations and sample from a wide variety of food and beverage options.

With many more exciting announcements to follow, this year's show is set to be the biggest and best yet.

Allied Press chief executive Grant McKenzie was confident the event would be a success.

"We are delighted to continue this partnership and once again present a show that appeals to a wide audience."

"With something on offer for everyone, we look forward to seeing continued public support of the event from Dunedin and the regions," Mr McKenzie said.