Centenary time to show respect and earn it too 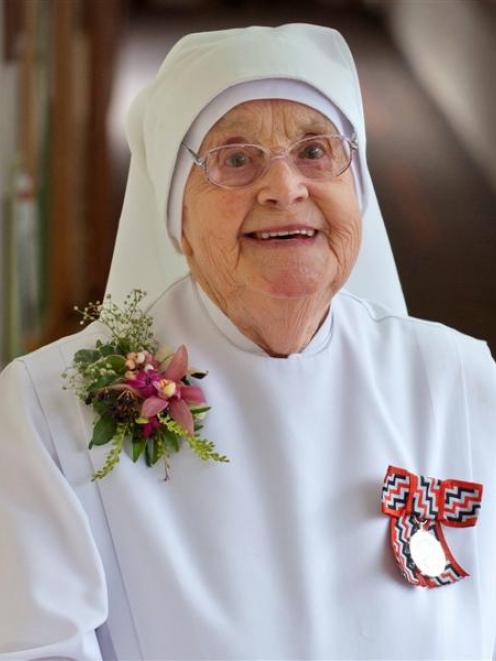 Sister Marie.
World War 1 100-year commemoration speech given at school assembly: This week, we are asked to think of the men who, 100 years ago, were asked to go and fight for their freedom, and ours.

This week, 100 years ago, many years of war started.

This week marks the 100th year since the start of World War 1.

In early August 1914, many men and women entered into a battle known as the Great War.

They were asked to fight and defend their countries and the lives of fellow countrymen, even at the expense of their own.

This week is one for us to remember their guts, honour and courage.

We all have links to the past.

Today's speech is a blend of the speeches Luke Turfus and I delivered at the Matakanui, Omakau and Ida Valley Anzac Day services.

It gave me the opportunity to reflect on my life and my links with ancestors who were part of the war.

For the past 10 years I have lived in Ophir.

This is a village that offers many mentors and elders who are happy to pass on their knowledge and share their life experiences.

There are people like Sam Leask, from Ophir, and Alan Hamilton, from Dunstan High School, who have supported me.

Their support and knowledge has helped me achieve my goals and develop into the young man who stands before you today.

Of course, influential people in my life also include my Mum, my Dad and my two brothers.

As we begin the 100th year since World War 1, we all need to look back at the men and women, only 17 and 18 years old, heading off on a journey that many wouldn't return from.

We must think about this as we sit here and are about to carry on with our day; many of us and our peers, 100 years ago, would have been on a boat leaving behind the life we live now, to fight for our freedom.

As I started to look into my links with those who fought for our freedom in the world wars, I found my link in a very important nun.

Let me tell you a little about my great-great-Aunty Anne, known as Sister Marie, of the Little Sisters of the Poor. She was born on April 22, 1914, in Arrowtown.

In 1933, she joined the Little Sisters of the Poor in Dunedin and, in 1936, Sister Marie was sent to China and worked there, caring for the elderly.

This was a peaceful time until 1937, when the Japanese invaded China.

For the next three years, Auntie Anne and those she cared for were subjected to many horrible atrocities.

In 1940, she left China bound for Italy but, on arrival, was sent on to Paris, France.

She had only been in Paris for three weeks when France fell to the German occupation.

On December 5, 1940, Sister Marie was taken prisoner of war, suspected of being a British spy, and was marched for three days and two nights across France.

She was held at military barracks in Besancon, in the east of France, close to the Swiss border.

There were 5000 British subjects also held in this camp.

They were kept in freezing conditions with no bedding and a diet of frozen potatoes and swedes.

Sister Marie was released on January 9, only to end up back there to free her fellow sisters.

She spent the next few months negotiating permits for the release of the other Little Sisters.

After much to-ing and fro-ing, she ended up at the convent of Saint Gildard in Nevers, caring for elderly until the end of the war.

Auntie Anne has lived an amazing life, with bravery, courage and humility, and has gained the respect and admiration not only of our family but also in the international community.

As I found these things out, my respect and understanding grew, for all who serve in these conflicts.

Men AND women played significant roles in securing the freedom we have today.

The servicemen were not the only ones who fought battles.

I come from a strong farming family in the Cardrona Valley, so I know there were many battles fought by the ones who couldn't serve.

Because so many of our local men and women went to serve their country, there was a shortage of strong, able people to work the land and care for the young and old.

We remember these people too.

They were left to run the farms and industries, they did without, and they took on additional jobs to keep the country going.

These people who fought a war away from the wars should also be respected, as they held together all the qualities the service men and women valued and fought for.

As this week begins, we have to remember the actions of the generations before us.

I have chosen to highlight the importance of respect.

This brings to mind the actions of others in recent wars.

When Willie Apiata won the Victoria Cross for his actions, he gained respect from all, even if we didn't know any more than that he saved another's life.

There are many examples of well-known identities who have stood for freedom and justice: Nelson Mandela, Mother Theresa, Martin Luther King and Kate Sheppard.

And, yes, all these people deserve our respect and admiration for the work they have done and the legacy they have left.

But you don't have to be famous, worldly, rich or anything extra special to gain respect at a local and personal level.

The way in which we all can conduct our own lives;
By remembering to take the time to listen to others,
To lend a hand,
To learn from the past and not repeat the mistakes
And by being courteous, caring and humble,
We will be showing respect and, in turn, gain the respect of those around us.

My final words are from my great-great-aunt.

She said that to serve others is ''nothing too strenuous. Helping others gives me companionship and a sense of community. I've led a fortunate life.''