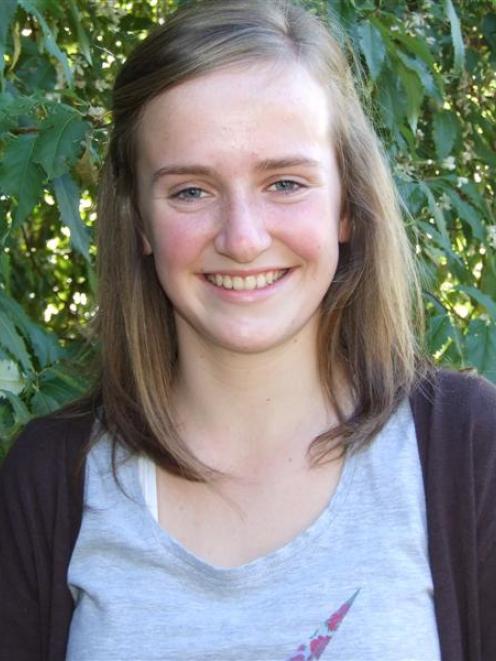 Miss Bowden (16), of Stirling, beat about eight other candidates from around the electorate when Clutha-Southland MP Bill English chose her to represent Clutha-Southland in the Youth Parliament.

She felt being a youth MP would be an experience and a challenge.

"I get to represent our area, and have us heard ... and I thought it might be fun."

Miss Bowden will go to Wellington in July, when she will have the opportunity to debate legislation with other youth ministers, sit on select committees and ask parliamentary questions of cabinet ministers.

"I'll be sitting in Bill English's seat, the speaker is going to be there and we have a debate.

"Our voting is conscience voting, so I'm not representing the National Party," she said.

For her application Miss Bowden submitted a 1000-word essay.

"We had to write the reasons why we would be good at it, and what skills we would bring, and then we had to talk about three issues that we saw were facing the youth, or the South, and from one of those issues we had to write a bit more in-depth."

Miss Bowden chose to write about how the decline of small towns affects individuals and society, focusing on Clinton.

"I used it [Clinton] as a positive example, because they got their petrol station back, and got the bus going for the elderly."

Miss Bowden said she wrote a lot about her feelings on how youth could be more involved in small town communities, but she is realistic about finding an permanent answer to the problem.

"You can't say `here is a solution', because it wouldn't work in every town."

Youth Parliament began in 1994 as a way for young New Zealanders to learn about democracy and influence public decision making.

She has not made any decisions about her university course, and is not sure about embarking on a career in politics.