Trio of brothers aiming to be Olympic triathletes 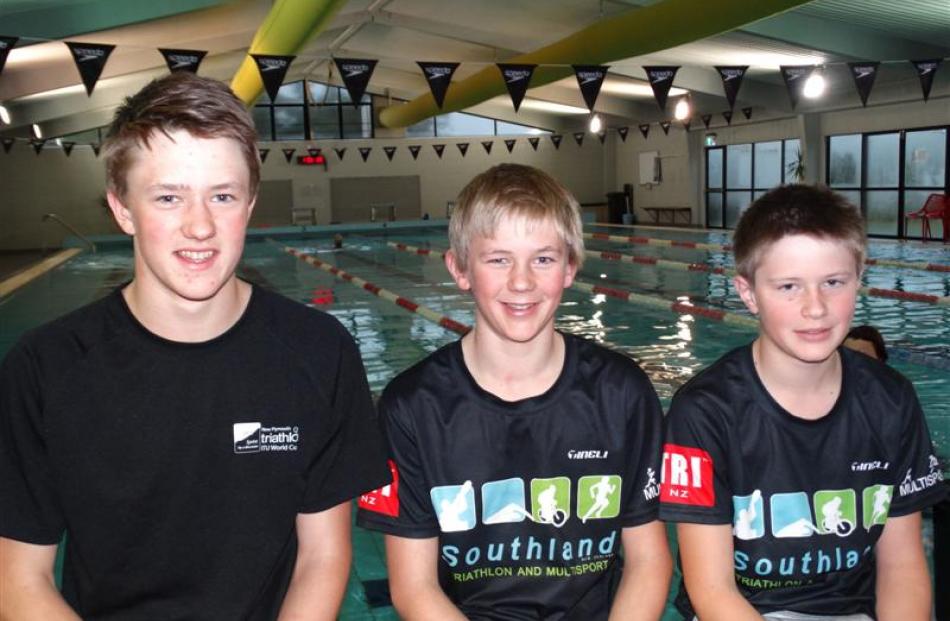 Wanaka brothers (from left) Janus, Julius and Leo Staufenberg are all performing well in triathlon. Photo by Lucy Ibbotson.

Wanaka brothers Janus, Julius and Leo Staufenberg hope to one day emulate the success of another set of siblings, English Olympic triathletes the Brownlees.

But should the Staufenbergs ever represent New Zealand in triathlon, they will have one up in numbers on Alistair and Jonathan Brownlee, making the Mount Aspiring College pupils more like Wanaka's freeskiing Wells brothers, three of who competed at last year's Winter Olympics.

The Staufenberg trio - who say the Olympics is their ultimate goal - first became involved in triathlon through local events such as the Contact Tri Series.

Living in Wanaka has been instrumental in developing their talent, they agree.

''It's perfect conditions here. We've got all the training facilities,'' Julius said.

Julius had a ''bit of a bad race'' and finished fifth in his age-group, but had previously won his section at the South Island secondary schools championships, as had big brother Janus.

Janus also competed at the triathlon junior national championships and came seventh in the under-19 category.

Each brother has different strengths.

For Janus, the run is his best leg. Leo favours the bike and swim. Julius is strongest on the bike - having earned second place in his age-group at the national mountain biking championships earlier in the year and second in the cup series.

The trio train together a lot of the time as ''pushing each other is always good'', Julius said.

They also train with friends and are coached by Wanaka-based Olympic and Commonwealth Games triathlon representative Nicky Samuels.

The boys said their parents, Ulrich and Anke, were ''very encouraging'' and they were also grateful to the Skeggs Foundation, which had provided funding to the older two.

While fitting many hours of training and competing each week around school work could be stressful, the college was also supportive of the boys' sporting endeavours.

''They help us catch back up if we go away for events,'' Janus said.