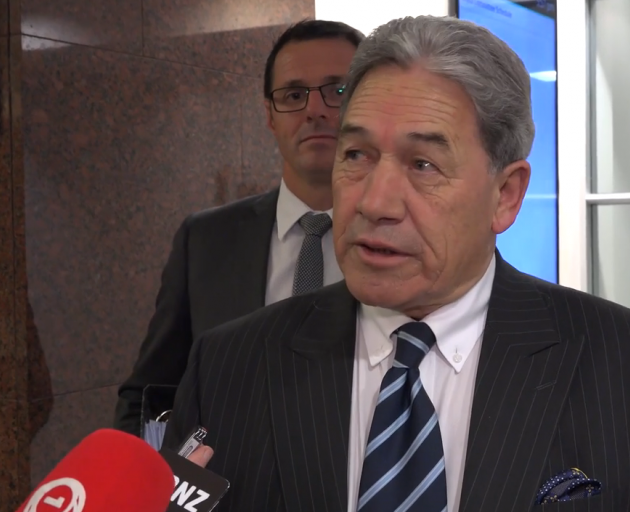 Winston Peters says there will have to be “serious consensus” with the New Zealand First board before the party decides whether to go with National or with the Labour and Green parties.

Mr Peters spoke with media following his team’s second meeting with National on Wednesday evening and before more talks with Labour.

Negotiation meetings will wrap up on Thursday night, and Mr Peters said talks tomorrow will be the “most substantive” so far.

“I can’t answer the questions about what happens after that, because these talks may well determine that.”

When the talks have finished, the New Zealand First board will weigh up the two options, he said.

“We will go to the board with both options ... You don’t want to be going to a vote in these matters. You want a serious consensus. If you don’t have a serious consensus, stay there until you get one. But who wants a 50/50 vote?”

Asked about what would be a consensus, he said: “We’d expect to have far higher than [75 percent].”

“You’d need to assuage the concerns of anybody concerned about which way you’re going to go.”

A consensus would mean that everybody on the board would then be responsible for the decision, he said.

“Contrary to what you’ve been saying about Winston Peters making the decision, which is an outrage, actually ... but I’ve never it done that way.”

He said an announcement on the next Government would be made “as fast as we possibly can”.

Any result this year.