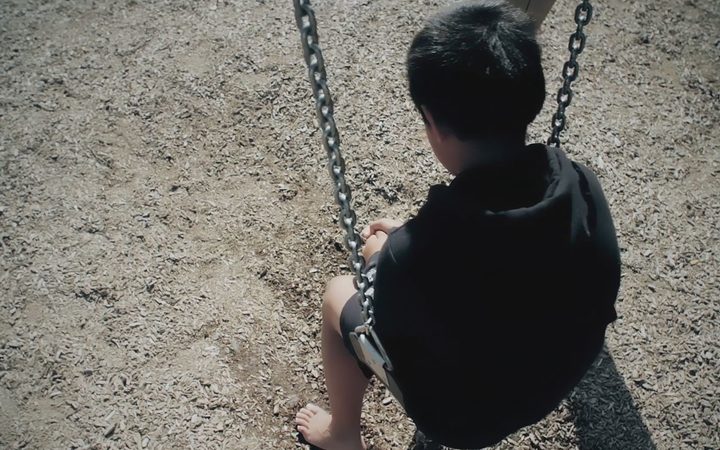 Photo: RNZ
KidsCan has launched an urgent appeal for donations to help the high number of children needing support this winter.

The charitable trust is asking the public to donate $15 each, which will help to feed a child for one week.

The funding will go towards feeding 15 percent of children in New Zealand who live with food insecurity.

KidsCan's founder and chief executive Julie Chapman said families on low incomes were doing it tougher than ever before.

"They can't absorb the rising cost of living, and by the end of the week the food runs out. It's an awful way to live," Chapman said.

The cost-of-living crisis was also affecting donations, with the number of monthly donors dropping for the first time in KidsCan's 17-year history.

KidsCan was helping to feed 44,000 children each day in more than 1000 schools and early childhood centres nationwide and there were 2000 children on the waiting list.

The charity had also seen a spike in applications for hot meals, with an increase of 33 percent from last year.

Chapman said before children could learn, they needed to be warm and fed.

"With our monthly donations dropping for the first time, we need more help. We're asking everyone who can afford it to donate just $15 to help feed the children we support and reach those waiting for help more quickly. These kids deserve nothing less," she said.

A school principal told RNZ: "Whānau are at breaking point… no water for weeks, no power, no petrol to bring their children to school.

"We have not had 100 percent attendance all year."

"KidsCan also provide all of our school jackets, so every kid has a KidsCan jacket to wear to school. They also provide kids with shoes, hot meals, snacks and fruits."

KidsCan reported that school staff were picking up children each morning so families could save petrol for the weekend.

Teachers were digging into their own pockets to help where they could.

One early childhood teacher in South Auckland, who did not want to be named, said the cost-of-living crisis was crippling a lot of people.

"One mum needed to save gas so that she could actually take her children places in the weekend and not be just homebound. And so to enable her to do that, she wasn't able to bring her kids in every day, because that would take up that gas," she said.

"So we just offered the service of being able to pick her children up to enable her to save the gas, but again, for them to still regularly attend."