There are 6440 new community cases of Covid-19 today, and 704 people are in hospital with the virus, including 36 in the South.

Eleven of those in hospital across the country are in ICU.

There are 28 further deaths linked to the disease, including three in the Southern DHB area, where there are 527 new community cases today.

The Ministry of Health says the seven-day rolling average of community case numbers today is 6355 – last Wednesday it was 8111.

Yesterday there were 7113 new cases reported.

The ministry says there is now a total of 1589 deaths confirmed as attributable to Covid-19, either as the underlying cause of death or as a contributing factor. The seven-day rolling average increase in total deaths attributable to the disease is now 22. 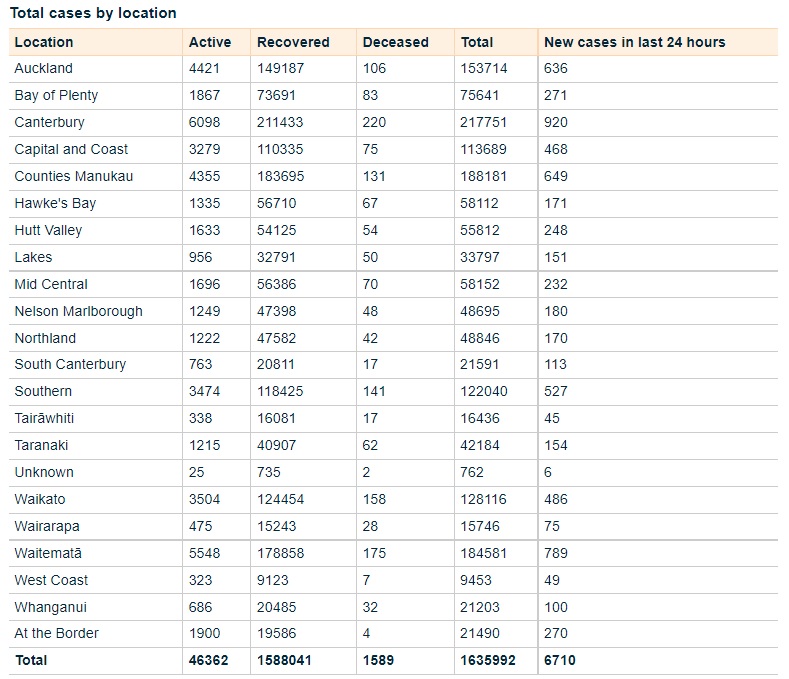