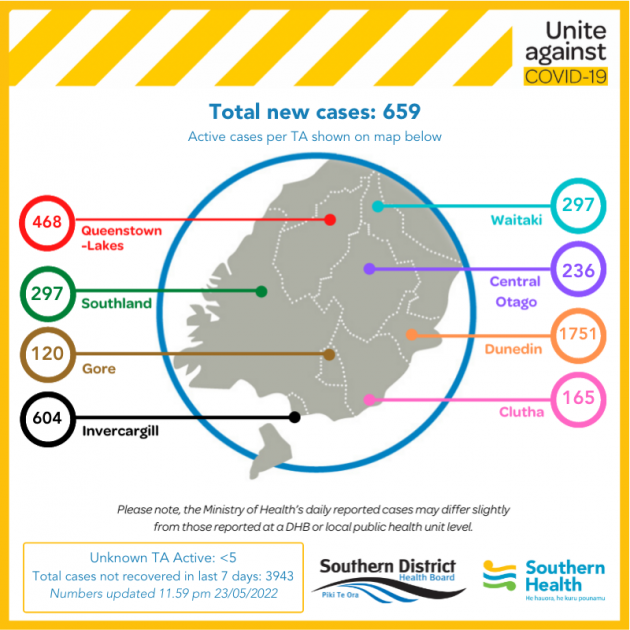 There are 8435 new community cases of Covid-19 to report today including 659 in the South.

The Ministry of Health said this afternoon the seven-day rolling average of community case numbers is 7507– last Tuesday it was 7795.

There were also 15 deaths of people with Covid-19 reported today. All of whom died in the past four days.

Of these people, nine were female and six was male.

The Ministry of Health website now shows the total number of active cases in the Southern DHB area has dropped below 4000 and is now sitting at 3943.

The Southern District Health Board revealed today where they new cases were located.