About 50 deaths linked to synthetics being investigated 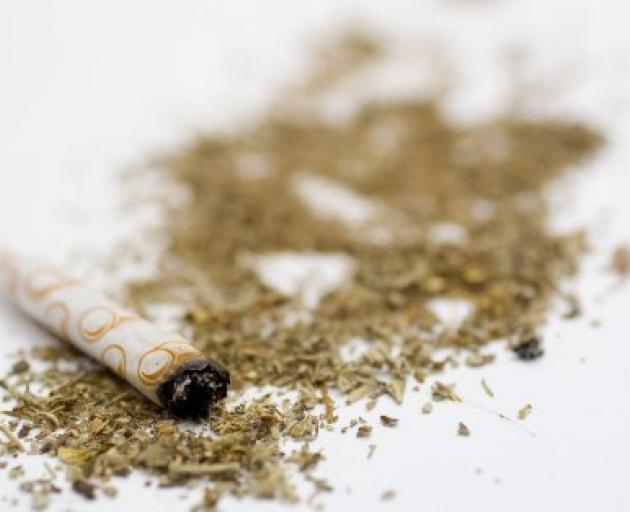 Findings were released today into the deaths of Taupo man Isaiah Terry McLaughlin and Shannon James Thomas Coleman-Fallen from Rotorua.

Both deaths were directly linked to synthetic drugs.

There are currently about 50 deaths nationally which the coroner's officer says "provisionally appear to be attributable to synthetic cannabis toxicity".

Coroner Michael Robb conducted inquiries into the deaths of McLaughlin and Coleman-Fallen and released his findings publicly this morning.

Coleman-Fallen died on 17 September in a van parked at the boarding house where he was living.

Robb said the 29-year-old labourer was invited by another resident to go for a cruise.

They left the boarding house in a van and soon after, discussed buying synthetic drugs.

"Having purchased synthetic drugs, they drove the van to a park where they drank alcohol and consumed the drugs," said Robb.

The pair used a bong to smoke the drugs and then were "unable to keep awake".

When the other resident woke later, he saw Coleman-Fallen lying face down in the back of the van.

"He spoke to Shannon and received a groan by way of response," the findings stated.

The other resident, whose name was suppressed by the coroner, drove the van back to the house and told Coleman-Fallen he was going inside to sleep.

The resident later told police that he did not want to try and wake up Coleman-Fallen in case he was "angry" at being roused from a "synthetic nap".

"The following morning [the other resident] went out to the van and found Shannon still in the back of the van and in the same physical position, lying on his front on building items.

"[He] gave Shannon a whack on the thigh and in doing so realised Shannon's body was rigid. [He] got into the van, stood over Shannon and lifted him up by his clothing.

"He saw Shannon's face was blue, with vomit and blood.

"It was clear to [him] that Shannon had died sometime overnight," said Robb.

"It appears his drug consumption led him to be so incapacitated that when he vomited this resulted in him asphyxiating," said Robb.

"I conclude that consumption of drugs left Shannon effectively in a comatose position from shortly after their consumption and Shannon lying or collapsing face down in the back of the van.

Robb said the cause of McLaughlin's death on January 22 could not be established.

But it was likely caused or contributed to by the consumption of synthetic drugs.

The 30-year-old had been diagnosed with schizophrenia and was subject to an Indefinite Compulsory Treatment Order when he died.

He had been hospitalised in 2017 after suffering a relapse in his condition following non-compliance taking oral medication.

He was then treated with injections of his medication, administered by the Lakes DHB mental health and addictions service team.

The night before he died McLaughlin was arrested after a domestic incident.

He was held in police custody and a mental health assessment was sought - but as it was not undertaken within a certain time period, he had to be released.

He went to his father's home, argued with him and went to another relative's address.

They offered him food and a cup of tea.

They said McLaughlin was upset, and went to a shed at the back of the property.

The family member went to tell McLaughlin's father where he was.

The pair then returned and went to the shed to check on him.

They found McLaughlin slumped over a table.

He was cold to the touch and unresponsive and it was clear he had died.

A post-mortem examination established that he had a number of drugs in his system including prescription and over the counter medicines.

Robb said in the absence of an anatomical cause of death, on the balance of probabilities, McLaughlin's death was caused by his consumption of synthetics.

In both findings Robb outlined the dangers of synthetic drugs.

"Individuals who fall asleep after consumption of synthetic drugs can die if they do not receive timely and appropriate medical assistance; dying from a cardiac event induced by consumption of the drug, or as a result of being comatose and asphyxiating on their own vomit, or they may suffer a hypoxic brain injury," he said.

He repeated recommendations made by Coroner Gordon Matenga in another synthetics-related death.

The recommendations were based on the expert evidence of Dr Paul Quigley.

"Dr Quigley suggested an all-encompassing harm reduction approach which reduces demand, supply and easy access to treatment for those seeking assistance should be developed," the findings stated.

"Dr Quigley's advice for the families or associates of synthetic drug users was that if a person who has had synthetics collapses, that person should be immediately shaken to attempt to rouse that person.

"If the person rouses, that person should be placed in the recovery position and a call for help should be made.

"If the person does not rouse, then call for help and commence chest compressions… do not delay."

The Psychoactive Substances Amendment Bill, which would increase the maximum jail time for supplying synthetic drugs from two years to eight years, passed its second reading in Parliament last month.