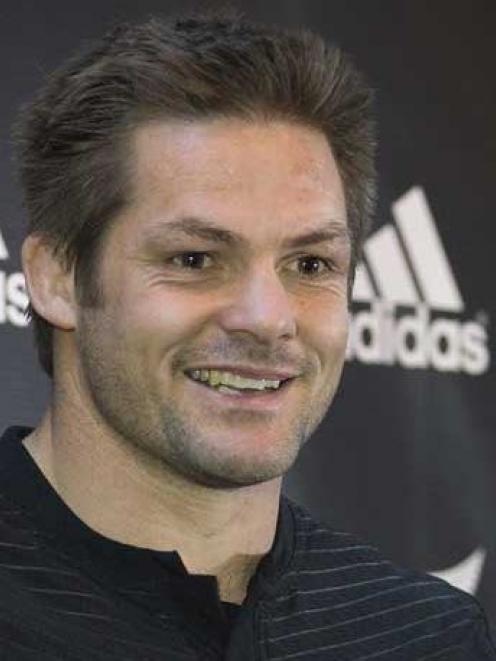 Richie McCaw: 'The silver fern means a lot when you are playing for the All Blacks, something like that probably wouldn't hurt.'
The final four alternative flag designs will be released tomorrow - as a new poll shows nearly half of voters are open to a change.

Those numbers could shift further after All Black captain Richie McCaw revealed he wants a change to a design with the silver fern -- a symbol also favoured by Prime Minister John Key.

"I think it's great that there is a debate about it. The silver fern is what it means to be a Kiwi and wearing the black jersey, so I am obviously biased in that regard," McCaw told 3News.

"The silver fern means a lot when you are playing for the All Blacks, something like that probably wouldn't hurt."

A long-list of 40 alternative flag designs already released by a flag consideration panel has now been whittled down to a shortlist of four.

Cabinet was shown the designs today, and Prime Minister John Key said they were "excellent", and he would choose three of them over the current flag.

A Herald-DigiPoll asked voters which statement best fit their general view on changing the flag.

A majority -- 53 per cent -- said that in principal they did not support a change.

Twenty-three per cent said that in principal they did support a change -- and another 24 per cent said it would depend entirely on what the alternative looked like.

New Zealanders will rank the four designs in order of preference in a referendum towards the end of this year.

Once an alternative flag is chosen, it will then go up against the current flag in a second referendum in March.

Meanwhile, it has been revealed that one of the flags on the long-list was removed for consideration after a copyright claim.

The Herald-DigiPoll survey of 750 eligible voters was conducted between August 14 and 24, and has a margin of error of plus or minus 3.6 per cent.

Women were more likely to be against change -- with 61 per cent wanting to keep the current flag, compared to 44 per cent of men.