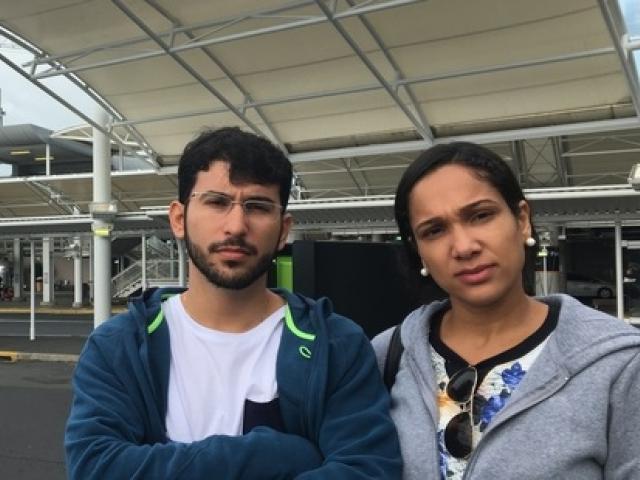 A couple planning an adventure-filled holiday around New Zealand have instead spent 21 days in Auckland waiting for their luggage to arrive.

Brazilian newlyweds Ricardo and Aline Carvalhais spent two years saving for their month-long dream holiday, but said it has been ruined after Latam Airlines lost their luggage between Sao Paulo and Auckland.

The couple arrived on May 1 after flying from Sao Paulo, with a connecting flight in Santiago. They have not seen their luggage since they left Brazil and said they feel let down by the airline's response.

"I'm very, very sad because my dream is to travel through New Zealand and do my sport," Ricardo Carvalhais told the Herald on Sunday yesterday.

I don't have my equipment for paragliding and motorbiking."

Their Auckland-based friend, Larissa Batista, has been trying to help the couple, who speak little English.

They reported the missing luggage as soon as they arrived in New Zealand and six days ago sent an inventory to the airline.

But they were no closer to finding out what had happened.

Every time they spoke to Latam Airlines they were told "we are still working on it", and yesterday they were told to wait another week for any information, Batista said.

"Nobody gets back to us."

In the meantime, the couple had spent $500 buying necessities, including clothes, but had received no compensation.

They have insurance through South American insurers Assist-Med, who told them they had contacted Latam Airlines and were waiting to hear back.

The couple were due to fly home on Wednesday, Batista said.

Latam Airlines was created by the merger of Brazil's TAM Airlines and LAN Airlines in 2012. An 0800 number for the airline was answered by someone in South America, who declined to comment yesterday. An email sent to the company's media centre was also unanswered before deadline.

According to the airline's website, once luggage has been missing for between 15 and 25 days the company will contact the owners to ask if they want to continue the search or "move on to the compensation phase". After 26 days the "compensation phase" will begin.