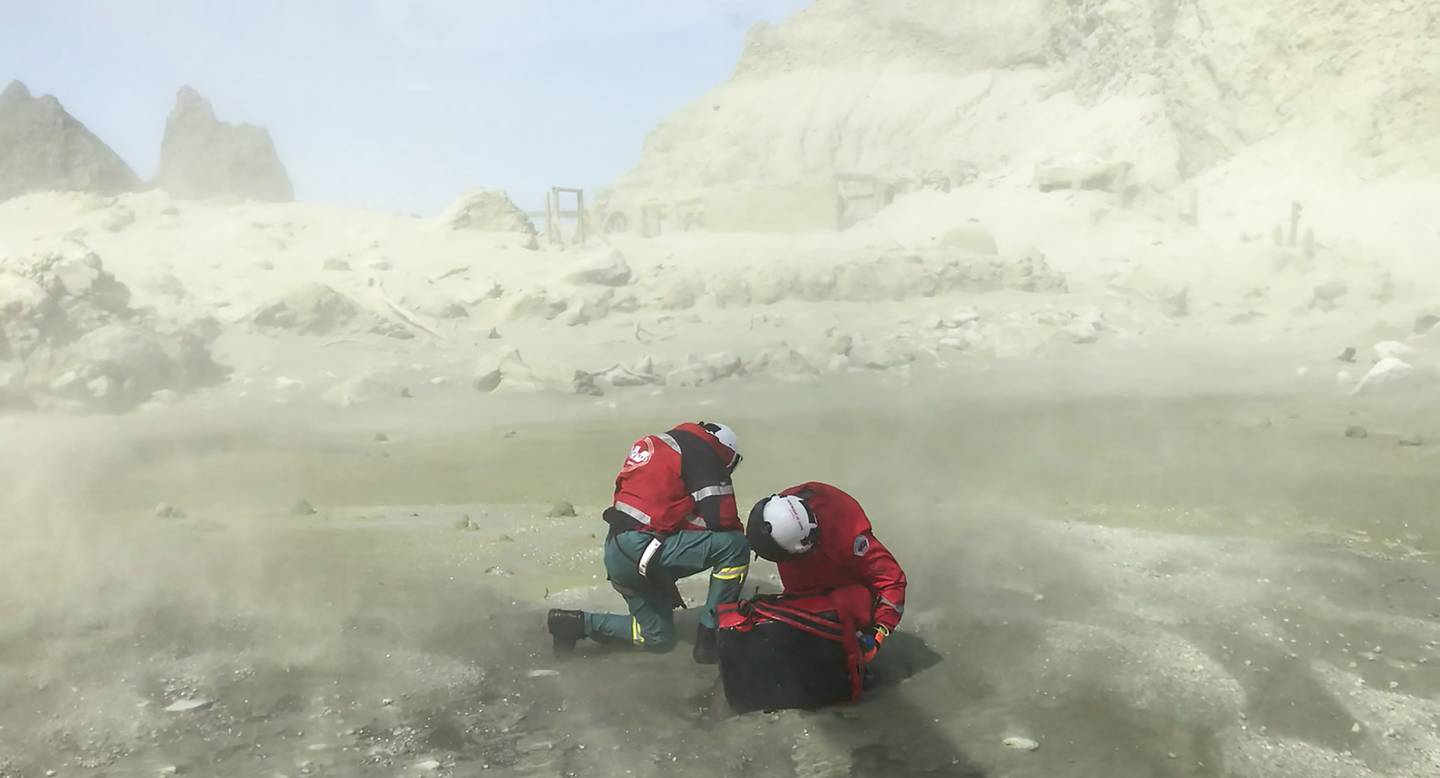 "The nature of the injuries that people have suffered is severe and means identifying them is a complex matter," he said.

"We are working through the process to identify them as quickly as possible, to return those who have died to their loved ones." 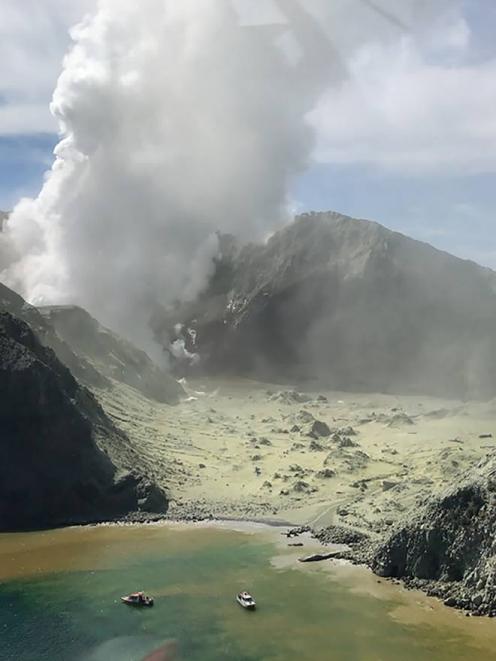 The view of White Island from the Westpac Rescue Helicopter during a rescue mission. Photo: Auckland Rescue Helicopter Trust
It is understood part of that process will include police gathering DNA from the cabins of missing passengers on the Ovation of the Seas, which was held at Tauranga overnight. The cruise ship was expected to leave at 6.45am today.

Six of the 47 people on the island were confirmed dead and 30 injured after Monday's eruption sent an ash plume 4000m into the air, visible from as far away as 50km.

Eight others remain on the island and are presumed dead but a recovery operation will not begin until it is deemed safe for teams to go there.

"We understand people's desire to recover their loved ones and we are working around the clock to get on to the island so we can recover them as soon as possible," said Tims.

"Based on the effects of the eruption on the bodies, this recovery will need to be handled with expert skill and care."

Most of those on the island were from the Ovation of the Seas and came from Australia, China, Germany, Malaysia, Britain and the US. Five were from New Zealand.

Most have serious burn injuries.

Watson reiterated the seriousness of the injuries and the number injured. "It is possible that not all of the patients will survive. But at this stage everybody is receiving the care that they require," he said.

Experts say many of the victims might have been knocked out almost instantly by toxic gas.

Tims said an investigation into the circumstances of the deaths and injuries was under way on behalf of the Coroner and in parallel with a WorkSafe investigation.

Questions remain on whether a separate criminal investigation will be launched. Tims had said at a press conference that would happen, but a later police statement said it was too early to make a call on.

Experts have warned there is a 50 percent chance of another eruption within 24 hours, something that will be factored into any decision on when police can retrieve the dead.

Tims said a boat had been sent to the island yesterday to try to launch a drone but it was too windy. There were plans for a second attempt if the weather conditions improved.

The drone will capture samples of the gases which will be analysed and then the safety of the island will be gauged from that.

The injuries people sustained while visiting White Island have been described as "pretty horrendous" by a first responder.

Ken Clark, the chief fire officer of the Whakatāne Volunteer Fire Brigade, said despite sustaining shocking burn injuries, the victims had to endure a lengthy — and probably painful — journey 50km back to the mainland.

"It's an hour-plus from there to the wharf so these people were sitting on the decks with problems and had to sit there for the whole duration of the trip," he said.

"That wouldn't have been comfortable at all. You've got to feel very sorry for those people.

"It was a matter of getting them off the boat as soon as possible because of the injuries that had occurred. There were some pretty horrendous-type things." staff reporters