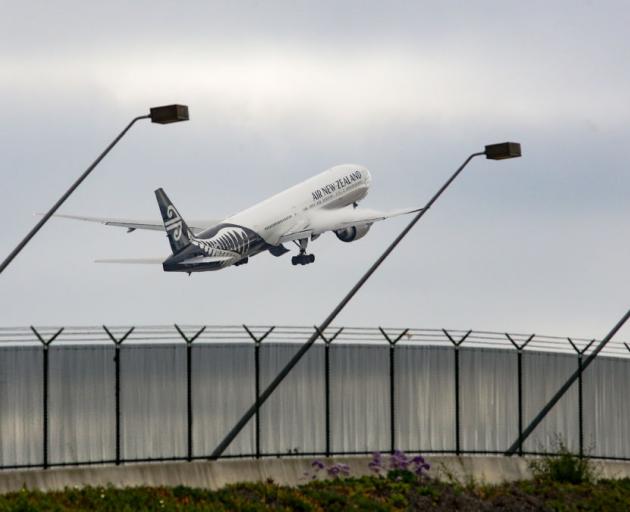 After three days of mediation the strikes were called off at 10pm yesterday. Photo: Getty Images
Air New Zealand and the unions representing the company's engineers have reached an agreement, lifting the strike notice that threatened to disrupt travel for 120,000 customers in the lead-up to Christmas.

Engineers and logistics workers threatened the industrial action on 21, 22 and 23 December in the dispute over pay and conditions.

After three days of mediation, the strikes were called off at 10pm on Wednesday.

Neither the airline nor the two aviation unions would discuss the details of the deal, which still has to be signed off by union members.

But E tū union representative, Savage, said it had achieved most of what it was asking for.

"Industrial action of this nature is always a last resort and so it's a positive sign that we've reached an agreement in principle," Savage said.

"While the process has been tense at times, it is a much improved offer from where we started and maintains standards in aviation."

Air New Zealand chief ground operations officer Carrie Hurihanganui said the airline has been very focused on achieving resolution on behalf of its customers who could now be reassured their Christmas holiday travel plans are secure.

"We know how important it is to our customers to get where they need to be, particularly at this special time of the year and the negotiating teams have been working diligently to achieve this result."

Prime Minister Jacinda Ardern revealed yesterday she had been in contact with the parties, urging them to resolve the dispute.

mmm interesting! So maybe the Prime Minister will get involved and urge the Ministry of Education to settle with teachers. But then again who cares? Having planes flying at holiday time is far far more important than children being taught by trained and qualified teachers. The fact is you see that only rigorously trained engineers are allowed to even unscrew a screw in an air-frame , and quite rightly so. I fly a lot and want only that. BUT the Govt thinks its ok for kids at secondary schools to be taught Science and Maths by whoever they can find to shove in front of the class. You wouldnt let a pilot maintain an aircraft or an engineer fly one. (without qualifications). Its perfectly OK though to have teachers with only year 11 maths teaching a year 11 maths class ...YES its happening widely, but it doesnt matter because they are only kids with one chance of learning. Fix it as cheap as possible is the cry, dont pay for Maths and Science teachers, but pay engineers (what they deserve) to get those planes back in the air ...because holidays matter more than school!