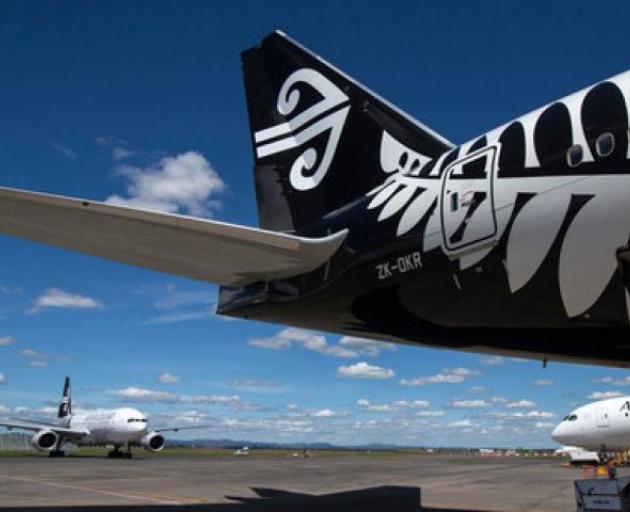 Aviation unions revealed yesterday the strike notice they had issued last week was for three days - 21, 22 and 23 December.

Urgent talks between unions and the airline to try to avert industrial action over pay and conditions have entered their third day.

"If it proceeds, it will be a significant impact for a number of travellers - probably upwards of 100,000 potentially people who could be impacted by such a strike", Mr Thomas said.

E tū union aviation organiser who goes by the name of Savage, said the members hadn't taken their decision lightly.

He said the union had notified Air New Zealand last week of strike notices for three days, and the company had alerted staff.

"We certainly didn't hide that fact. We had some interviews with media on the Thursday, Friday and then we just began preparations to go into mediation.

"It's not the case that we started mediation and then increased the number of strike notices. Those were already in place before we agreed to mediation."

Mr Thomas said availability of flights from 22-24 December was very limited simply because it was the busiest time of year for people travelling.

"It's not just about the flights - sometimes people have hotels, car rentals or they're connecting to an international flight as well so it's a very unsettling time and also a very emotional time.

"People are trying to get their plans sorted and it's unknown at this stage exactly what's going to happen.

Rebooking flights in case the strike went ahead would be costly, with pre-Christmas air fares higher than normal.

"Now we've got very limited availability the prices will be even greater."

Mr Thomas was advising people to wait and see if the parties could resolve the dispute.

"However as time goes by and people become more anxious it's going to be difficult to determine exactly what's best course of action for each person is."

Savage said the threat of strike action was not about "holding people to ransom" in the busy pre-Christmas travel period.

"This is about maintaining some standards in aviation. Engineers are highly paid, they're important, the work they do is important, and we can't let those standards drop.

"I appreciate that this is hard for people and I just want to assure people that we're doing everything we can to find a solution."

Air New Zealand said it was hopeful the third day of negotiations would avert the strike.

Spokesperson Anita Hawthorne said disruption was inevitable but the airline was working on contingency plans to keep flights moving.

At this stage, no flight delays or cancellations were in place for the days of the proposed strikes and normal fare conditions remained, Ms Hawthorne said.

Mr Thomas said if the strike went ahead the backlog would take "several days" to clear and he doubted Air New Zealand would have the capacity to put on many extra flights.

"They may move some of the larger aircraft to the domestic route, to the main trunks, to try and clear some of that backlog, but the reality is they have a limited number of planes and certainly limited capacity at that time of year."

Air New Zealand is advising people planning to fly on the potential strike days to sign up to its travel alerts but said there was no point in calling the contact centre for information at this stage, as there were no updates.